During the Five Years of the IBC Regime Lenders Saw 61 percent Reduction in Claims, shows Data 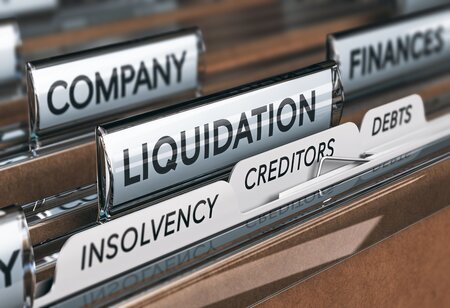 Since the Insolvency and Bankruptcy Code (IBC) regime was rolled out five years ago, public and private sector banks, non-banking financial institutions, and other financial lenders to companies undergoing corporate insolvency resolution process (CIRP) have taken a cumulative haircut of Rs 3.22 lakh crore — or 61.2 per cent of their admitted claims, according to data.

Instead of being a recovery tool, the IBC is positioned as a framework for rapid resolution of insolvent company debt. However, achieving one of these goals has its drawbacks.

Between December 1, 2016 (when the provisions related to CIRP came into force) and March 31, 2021 (till when data are available), lenders — both financial and operational — have taken 4,376 companies to the National Company Law Tribunal (NCLT) under IBC. As of March 31, 2016, 79 per cent of the total cases under IBC had been pending for more than 270 days, and only 348, or 7.9 per cent of the total cases, yielded a resolution plan.

Worse still, recoveries for both financial and operational creditors has been on the decline. Though government officials have said time and again that recoveries under IBC are likely to improve as the law “settles down” and CIRP process of more debt-laden companies are completed, the available data suggest otherwise.

Another visible trend is that of the delays in the completion of CIRP, impacting operational creditors much more than financial creditors.

Slowing economic growth and inordinate delays in the completion of CIRP proceedings are the two biggest reasons for lenders to accept the haircuts, according to experts.

“Even pre-pandemic, the business outlook was not very positive apart from a few sectors, so investments in companies undergoing insolvency were seen as riskier. Also, the law was in its nascent stage with legal/judicial precedents in the process of being established, resulting in a cautious approach by resolution applicants,” Samir Sheth, Partner & Head, Deal Advisory Services, BDO India LLP, said.

As of March 31 this year, 79 per cent of the total 4,376 cases under IBC had been pending for more than 270 days, and the average time taken for the completion of insolvency resolution was 492 days. This delay, experts said, was another reason for the low interest of bidders in India’s stressed assets market.

“When the IBC was envisaged, the initial plan was to have a strict timeline of 180 days, with no exceptions. After objections from stakeholders, only adjudicating authorities were given the power to extend it by another 90 days on their discretion in only very specific cases. Now the timeline is 330 days and counting. The value of assets erodes over time, leaving no bidder interested,” a resolution professional said, asking not to be named.

The Insolvency and Bankruptcy Board of India and Ministry of Corporate Affairs had not responded to emails asking for the reasons for the delays or the haircuts taken by lenders by press time.

The lag between the firm’s first default and lenders referring it to NCLT under IBC is another reason for the low recoveries, experts said.

“If CIRP process can be completed within prescribed timelines, it will build confidence in bidders on the certainty of the process, and will lead to overall maximisation of value for all stakeholders,” Rajiv Chandak, partner at Deloitte India, said.

Delays in completion of CIRP has hit operational creditors more than financial creditors. Over the last five years, OCs have managed to recoup only 13.9 per cent of their total admitted claims, having lost more than Rs 5.17 lakh crore in all, the data show.

For example, in cases where the admitted claims were over Rs 5,000 crore, OCs recovered only 12.5 per cent of their total admitted claims. In at least 58 of the 348 cases where a resolution plan had been approved until March 31, 2021, operational creditors recovered nothing, even as financial creditors managed to recover a substantial portion of the dues owed to them.

An expert who did not wish to be quoted said that the IBC gives operational creditors lower priority than insolvency laws in other jurisdictions.

The issue of massive haircuts taken by lenders of companies under CIRP has also been raised by adjudicating authorities such as the NCLT. Last month, the Mumbai bench of NCLT, while approving the plan submitted by Twin Star Technologies, raised questions over the Vedanta Group’s Rs 2,962 crore bid for 13 Videocon Group companies, noting that the applicant was paying “almost nothing”.

Creditors of companies that went into liquidation fared worse, having received only 3.4 per cent, or Rs 601.7 crore, against claims of Rs 17,514.3 crore in 138 cases of liquidation that were completed at the end of FY21. Another 1,037 firms are currently undergoing liquidation proceedings under the IBC.

The recovery rate is likely to slip further as the IBC regime reopens after a one-year pause, according to experts. “The general economic downturn will make bidders more skeptical about the RoI (return on investment) that they will get even if the corporate debtor is available for very little,” one of the experts quoted above said.