What is Inflation? Know More About Indian Inflation Rate 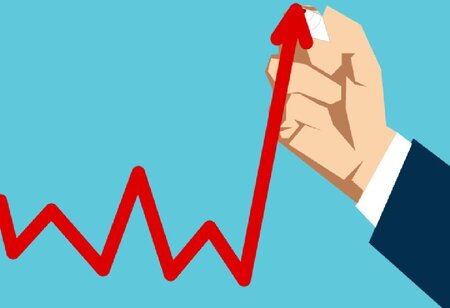 Inflation is characterized as an increase in the cost of most every day or basic commodities, such as food, clothing, housing, entertainment, transportation, consumer staples, and so on. Inflation is classified as the cumulative rise in the value of a set of goods and services over time, it is also described as a drop in the currency value of a country's monetary unit. This is presented as a percentage.

Impact of Inflation
When goods and services become more costly, a currency unit's purchasing power declines. This has an impact on a country's cost of living. As inflation is high, the cost of living increases along with it, resulting in a decline in economic growth. In order for spending to be encouraged and saving to be discouraged, a certain amount of inflation is needed in the economy. Due to the fact that money starts losing its perceived value, it is critical for people to invest their money. Investing ensures a country's economic growth.

Indian Inflation Rate
In January 2021, sales price inflation in India dropped to 4.06 percent from 4.59 percent in December. It's the lowest interpretation since September of this year, and it's below market expectations of 4.45 percent. Inflation remained within the central bank's target range of 2-6 percent for the second month in a row. Food inflation fell from 3.41 percent to 1.89 percent, owing to a 15.84 percent drop in vegetable prices. Inflation in other prices fell to 6.49 percent from 6.6 percent.

According to a source close to the situation, India's central bank may be prompted to implement increasing interest rates if inflation remains above its target for the third quarter in a row, forcing economic and financial decision makers to step up efforts to keep prices under control. Inflation has remained above 6 percent for the past two quarters, and breaching that amount during the January-March period will necessitate the Reserve Bank of India informing the government in writing why its Monetary Policy Committee failed to achieve its target of keeping price growth within the legal range of 2 percent to 6 percent.

How to Measure Inflation?
In India, two major indexes, the WPI (Wholesale Price Index) and the CPI (Consumer Price Index), are used to calculate wholesale and retail price shifts, respectively. The CPI tests the price differential between products and services purchased by Indian customers, such as food, medical care, schooling, and electronics. The WPI, on the other hand, gathers the products or services offered by companies to smaller businesses for resale. WPI (Wholesale Price Index) and CPI (Consumer Price Index) are both used to calculate inflation in India.

Causes of Inflation
The primary causes of inflation in India have sparked heated discussions. The following are some of the key explanations for the rise in prices:

1. A demand-supply gap is created by high demand and low output or supply of several goods, resulting in a price rise.

2. Money that circulates too easily loses its buying power, resulting in inflation.

3. People who have more money prefer to spend more, which contributes to a rise in demand.

Everyone perceives inflation differently depending on the type of assets they own. Inflation means that the prices of someone's properties, such as real estate or stocked goods, are likely to increase. Those who have cash may be negatively affected by inflation as the value of their cash depreciates.