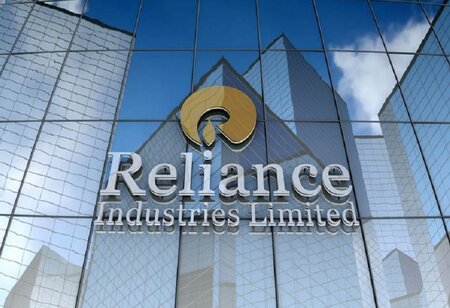 The new joint venture -- ‘TA'ZIZ EDC & PVC' -- will be constructing and operating a "Chlor-Alkali, Ethylene Dichloride (EDC) and Polyvinyl Chloride (PVC) production facility", with an investment of more than $2 billion.

"Representing the first production of these chemicals in the UAE, the project will enable the substitution of imports and the creation of new local value chains, while also meeting growing demand for these chemicals globally," RIL said in a statement.

"The TA'ZIZ Industrial Chemicals Zone is a joint venture between Abu Dhabi National Oil Company (ADNOC) and ADQ," it added.

As per the statement, the project builds on ADNOC and Reliance's long-standing strategic partnership and is Reliance's first investment in the MENA region.

"This joint venture between Reliance Industries Limited and TA'ZIZ will further cement the long-standing and valued relationship between India and the UAE," the statement quoted Reliance Industries Chairman and Managing Director Mukesh D. Ambani as saying.

"We are happy that we will be setting up the first projects in the vinyl chain in the UAE at TA'ZIZ Industrial Chemicals Zone, which is being developed into a global hub for chemicals," he added.

According to Ambani, India's need for PVC to propel its growth, and the value from the abundantly available feedstock in the UAE, provides a win-win partnership for both companies.

"Close cooperation in the region based on shared objectives is key, as we optimise resources and work together to enrich the lives of our citizens," the statement quoted Ambani as saying.

The statement also said that these chemicals have a wide range of industrial applications, enabling local supply chains and meeting growing demand in key export markets.

Chlor-Alkali enables the production of caustic soda, crucial to the alumina refining process. The EDC is used in the production of PVC, which is used to manufacture a wide range of industrial and consumer products, including pipes, window fittings, cables, films and flooring.

"The production of Chlor-Alkali, EDC and PVC will create opportunities for export to target markets in Southeast Asia and Africa, as well as provide the local industry with a source of critical raw materials manufactured in the UAE for the first time, strengthening the in-country value," the statement said.