Shareholders vs. Stakeholders: A Comparison 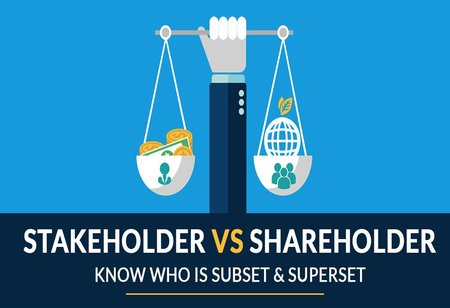 Often used in business-related discussions, Shareholders and Stakeholders are two major designations in the corporate sector. Although they can sound similar to any layman, there are some major differences between both the terms which make them distinctive and unique from each other. Depending upon the relationship shared with the organization, an employee can either be termed as either one of the above-mentioned designations. According to their stature and positions owned by them in a company, it can be said that ‘a shareholder is definitely a stakeholder in the organization but it is not true vice versa’.

To dissect the jobs and duty of both the positions we have taken a look at every one of them independently.