Why Should Companies Invest in IPOs? What are the Top Benefits? 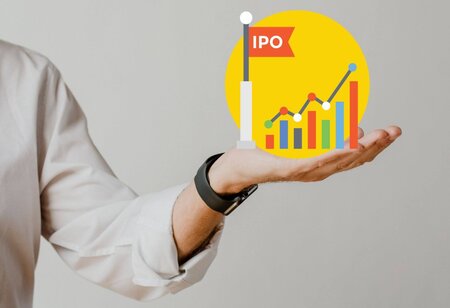 The prospect of an Initial Public Offering, or IPO, has sparked a lot of interest among investors. IPOs appeal to investors because they are based on the principle of 'buy low, sell high'. Investors commonly believe that stock prices would rise after an initial public offering (IPO). As a result, there has been a rush to buy excellent stocks from companies with strong fundamentals at a reasonable price. We'll go over how to buy stock in an initial public offering.

How IPOs Work?
The procedure through which a firm sells its stock to the public for the first time and becomes a publicly traded corporation is known as an Initial Public Offering (IPO). When a firm wishes to go public, it must collaborate with an underwriter (usually a bank or a group of banks) to develop a prospectus. A prospectus is a comprehensive financial report intended to assist potential investors in making well-informed decisions. The company's IPO date is decided once the prospectus is submitted with the Securities and Exchange Commission. The underwriter and the company must decide on a price for the stock as the IPO date approaches. The price can be influenced by a variety of factors, including the company's performance and investor perceptions of its shares.

Types of IPOs
1. New Offer -
A new offer is an IPO in which a firm raises cash for the first time from the primary market and has its stock listed on a stock exchange. This increases the company's shareholder base and provides additional funds.

2. Follow-On Offer –
The company is already listed on the stock exchange and its shares are traded on the market in this scenario. The corporation, on the other hand, is eager to obtain extra capital through an Initial Public Offering (IPO). This is referred to as a follow-on offer.

3. Offer for Sale –
In the case of an IPO, the present promoters and anchor investors sell a portion of their shareholdings. The majority of disinvestments in government enterprises are done through an offer for sale. As a result, though the share capital does not increase, the share holding pattern changes.

Why to Invest in IPOs?
Investing in an initial public offering (IPO) is not as simple as it appears. There are a lot of risk considerations associated with it that any investor should be aware of. Here's an example to help you understand the risks of investing in an IPO: IPOs that are released as a public offering usually have a high rate of return. However, prices tend to get more aggressive with time, and it is usually at the top valuation that an IPO begins to underperform in the market. However, by planning ahead and making better decisions, you can avoid all of these issues and increase your stock market profits. Following are some of the top benefits of investing in IPOs –

1. Raise Capital –
Companies can raise capital by selling shares in an Initial Public Offering (IPO). Furthermore, corporations are not required to repay the capital raised through the IPO.

2. Increased Public Image –
When a company is publicly traded, its public image improves as well, it attracts the attention of suppliers and customers. It also gets easier to attract businesses. Moreover, banks will be more eager to lend to publicly traded corporations than to privately held enterprises.

3. Stock Options –
Even private limited corporations can issue stock to their employees under Indian labor rules. However, the regulations make it exceedingly difficult, and the procedures are not properly intended to help with liquidity. It is relatively simple to set up employee stock option schemes and inspire your employees in the case of public limited companies.

4. Overall Capital Costs Are Lower –
The cost of financing is a key barrier for any company, but notably for smaller private enterprises. Companies must typically pay higher interest rates or give up ownership in order to collect funding from investors prior to an IPO. An IPO can greatly reduce the difficulties of obtaining new financing. Before a firm can begin the formal IPO preparation process, it must be audited according to the criteria; this audit is typically more thorough than previous audits, and it provides more assurance that the information being reported is accurate. Because the organization is viewed as less hazardous, this enhanced confidence will likely result in lower interest rates on bank loans. Aside from lower borrowing rates, after a firm becomes public, it can raise more money through successive stock market offerings, which is usually easier than raising money through a private investment round.

5. Liquidations –
Entrepreneurs can divest a portion of their ownership by listing their company. Additionally, if the venture has previously received funding, listing allows venture capitalists to exit all or part of their ownership.

When a firm gets listed on a stock exchange, it obtains widespread media attention, increasing its visibility and recognition of its products and services.