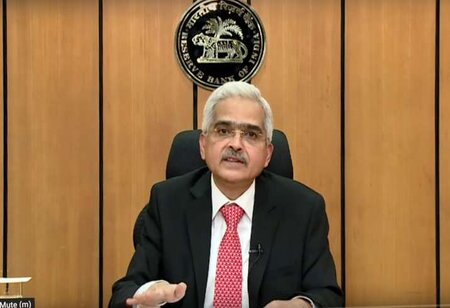 Under a severe stress scenario, the Reserve Bank of India (RBI) has warned that bad loans in the banking system will account for 11.22 percent of advances. The central bank also expressed concern about the beginnings of stress among medium and small businesses.

According to the RBI's Financial Stability Report, macro stress tests show that banks' gross non-performing asset (GNPA) ratios could rise from 7.48 percent in March 2021 to 9.80 percent in March 2022 under the baseline scenario and to 11.22 percent under the severe stress scenario. It noted, however, that even while under stress, you should have enough capital, both at the aggregate and individual level.

Within the bank groups, NPAs of public sector banks are expected to rise to 9.54 per cent in March 2021 and edge up to 12.52 per cent by March 2022 under the baseline scenario. However, this is an improvement over earlier expectations and indicative of pandemic proofing by regulatory support, it said.

While banks’ exposures to better rated large borrowers are declining, there are incipient signs of stress in the micro, small and medium enterprises (MSMEs) and retail segments, the FSR warned. The demand for consumer credit across banks and non-banking financial companies (NBFCs) has dampened, with some deterioration in the risk profile of retail borrowers becoming evident, it said.

On the domestic front, the ferocity of the second wave of COVID-19 has dented economic activity, but monetary, regulatory and fiscal policy measures have helped curtail the solvency risk of financial entities, stabilise markets, and maintain financial stability, according to the FSR. The capital to risk-weighted assets ratio (CRAR) of scheduled commercial banks increased to 16.03 per cent and the provisioning coverage ratio (PCR) stood at 68.86 per cent in March 2021.

Going forward, as banks respond to credit demand in a recovering economy, they will need to reinforce their capital and liquidity positions to fortify themselves against potential balance sheet stress, the RBI FSR said.

Banks’ resort to restructuring under the COVID-19 resolution framework was not significant and write-offs as a percentage of GNPA at the beginning of the year, fell sharply as compared to 2019-20, except for private banks, the RBI said.