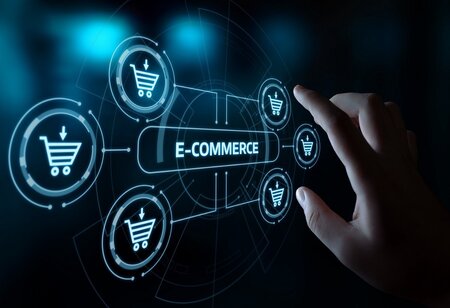 The Union government on Tuesday has said that it has issued 202 notices to e-commerce players for incorrect declaration of 'country of origin' on products on their platforms in the last one year.

The maximum number of such violations were found with respect to electronic appliances, followed by clothing and home products.

Out of 217 notices, the 202 notices were issued for violations relating to 'country of origin' norm. The rest 15 notices were for incorrect declaration of date of expiry/best before, address of manufacturer and importers, charging more than MRP, non-standard units and net quantity.

However, the Consumer Affairs Ministry did not disclose the names of the e-commerce players to whom the notices were issued.

When asked why the government was not naming and shaming the companies for violation, Consumer Affairs Secretary Leena Nandan said, "we are trying to do this exercise to alert both companies as well as consumers".

"About 76 companies have compounded their offences and Rs 42,85,400 been collected by compounding of offences," Nidhi Khare, Central Consumer Protection Authority (CCPA) Chief Commissioner and Additional Secretary in the ministry, said.

The companies should be aware that they do whatever is legally maintainable in terms of consumer redressal of grievances. And consumers need to know their rights, she said during a press conference.

Stating that the government has further strengthened the platforms through which consumers can file their complaints from across the country, Khare said some complaints filed through National Consumer Helpline (NCH) have been successfully resolved in the last few months.

For instance, a non-refund of Rs 11,314 from an airline company of a cancelled ticket in April this year from Kota, Rajasthan has been resolved. Even refund of non-recharge of mobile after deduction of Rs 429 from Orai in Uttar Pradesh has been resolved, she said.

Besides NCH, Khare said consumers have an option to file their complaints online. E-filing has been facilitated at district, state and national commission level since September 2020 through which nearly 3,000 cases have been registered.

So far, about 183 cases filed through e-dakhil have been disposed of, she said. She noted that be it small or big amounts involved, more and more consumers are using the e-filing route to register complaints.