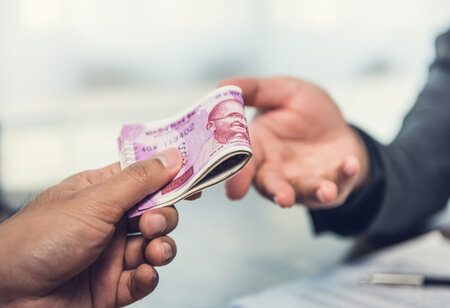 According to Crisil, bank credit is expected to rise 400-500 basis points (bps) to 9-10% next fiscal as the Indian economy recovers, aided by budgetary stimulants and steps announced by the Reserve Bank of India (RBI). India's GDP growth forecast for the next fiscal year has already been increased to 11%, or 100 basis points higher than what was expected in December 2020.

In the current fiscal, bank credit is seen rising 4-5 per cent despite the sharpest contraction the Indian economy has seen since Independence.

In June 2020, CRISIL Ratings had expected bank credit growth in this fiscal to be 0-1 per cent.

According to Krishnan Sitaraman, Senior Director, CRISIL Ratings, "While bank credit growth had contracted 0.8 per cent in the first half of this fiscal, it recovered sharply in the third quarter by growing 3 percent sequentially. In the fourth quarter, too, it should clock 3 percent sequential growth. Government measures, including the Rs 3 lakh crore emergency credit line guarantee scheme (ECLGS), have been supportive."

In the first half of this fiscal, the Covid-19 pandemic forced both borrowers and lenders to tread cautiously, leading to contraction in bank credit. But a faster-than-expected uptick in economic activity since relaxation of lockdowns, and pent-up and festive season demand, helped thereafter.

In absolute terms, net credit increased Rs 2.3 lakh crore in the first nine months of this fiscal. Interestingly, disbursements under ECLGS in this period was Rs 1.6 lakh crore. Additionally, Rs 1.4 lakh crore was deployed by banks via the targeted long-term repo operation (TLTRO) and partial credit guarantee (PCG) scheme, which served as credit substitutes. Factoring this in, fiscal-to-date credit growth would be higher by 130 bps.

Corporate credit (49 per cent of overall bank credit) growth is expected to contract this fiscal given that companies have put capex on the backburner. Sizeable incremental funding through the investment book - because of the availability of low-cost funds under TLTRO and PCG - has also applied downward pressure.

That should change next fiscal, when corporate credit is expected to grow 5-6 per centled by the government's infrastructure push and a likely revival in demand, Crisil said. But the share of corporate loans in the overall credit pie would continue to shrink because of faster growth of other segments, it added.

Retail lending, a major driver of bank credit in the past, is expected to slow down to 9-10 per cent this fiscal before returning to the mid-teens growth of the past couple of years.

"Banks are expected to benefit from lower competition as non-banks, grappling with multiple challenges, see tepid growth. With deposit growth outstripping credit growth so far, banks would use the surplus liquidity to wrench credit  market share away from some of the largest catchments of non-banks such as mortgages and new vehicle finance. Even this fiscal, more than half of the incremental retail credit growth till date has been from mortgages," said Subha Sri Narayanan, Director, CRISIL Ratings.

Lending to micro, small and medium enterprises (MSME) has been one of the fastest-growing areas for banks this fiscal, supported by ECLGS.

The RBI's decision to again exempt banks from the cash reserve ratio requirement for incremental credit to this segment - as was done last fiscal - should also increase the supply of credit to MSMEs.

Overall growth in credit to MSMEs is expected to be 9-10 per cent this fiscal and 8-9 per cent next, given that the salutary effect of the ECLGS may not be available next fiscal.

Agriculture credit has also contributed, with rural India seeing lower impact of the pandemic and a good harvest.

Credit growth here is foreseen at 6-7 per cent in both, this fiscal and next, the ratings agency said. The monsoon, though, will be a monitorable.

Overall, sharp economic recovery, along with pick-up in private investment and capex demand, drive our expectation of buoyant credit growth next fiscal. A sub-normal monsoon and another surge in Covid-19 cases leading to localized or partial lockdowns pose downside risks, Crisil said.