The Impact of Business Debt on Borrowers and the Economy 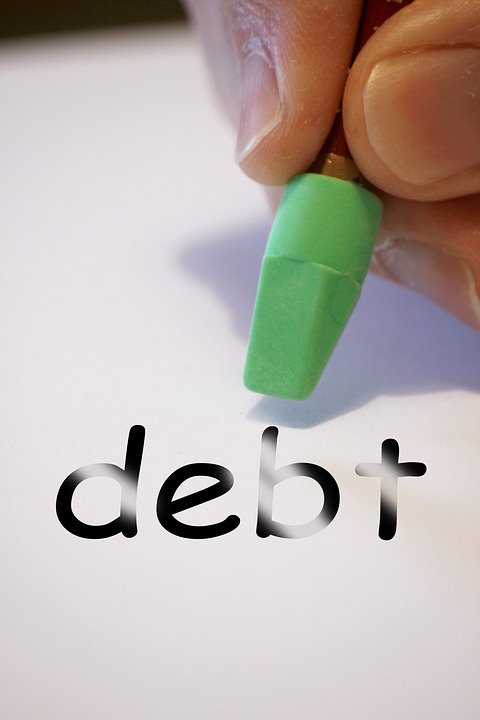 Business debt in the US is currently at an alarming all-time high. Over the past ten years, business debt has increased considerably. The total corporate debt amounted to almost $4.9 trillion in 2007 at the start of the Great Recession. By mid-2018, it had increased by 86% to $9.1 trillion and this amounts to over 45% of the annual US GDP.

Some economists have expressed concerns over the rising debt. They have indicated that following a decade of economic recovery and favorable interest rates, businesses have amassed more debt than their income. If the economy slows down or interest rates increase, businesses will have a hard time paying back and this will affect the economy.

The corporate debt problem can be attributed to a few major reasons;

Following the 2008 recession, the US economy has experienced tremendous growth. The improvement of the economy has led rating companies like Moody’s Investors Service to give big corporations high credit ratings. These high ratings allow businesses to take on more debt and still maintain impressive investment positions.

Investors rely on these ratings because these big rating agencies control a large portion of the global market. The enticement of impressive ratings and limited risk leads them to lend huge amounts of money with false comfort concerning the safety of their investment.

From the time of the recession, interest rates have been low. Today, the interest rate for small business financing ranges from 4% to 6%. These rates push businesses to borrow even more than they need. The St Louis Branch of the Federal Reserve Bank indicates that in January 2009, the rate was 6.87% while in January 2019 it was 4.15%. Many central banks have nevertheless started to slowly increase these rates again, resulting in the possibility of companies facing difficulties with repayment.

The quality level of borrowers has reduced. Twenty-two percent of non-financial business debt is categorized as ‘junk bonds’. Forty percent have a BBB rating, only one level ahead of junk. The BBB rated debt amounted to almost $2.5 trillion. Even though these bonds provide a high interest to its holders, they have a high risk of defaulting when the issuer sinks to bad financial conditions.

These loans are provided by commercial banks to companies that already have a substantial amount of debt. The realistic loans are then sold off to nonbank investors who place them in CLO’s (Collateralized Loan Obligations) and private equity funds. Over the past decade, leveraged loans have increased from $0.6 trillion to $ 1.2 trillion.

A Corporate Debt Crisis on the Horizon?

Investors need to be on the alert for possible corporate debt troubles. According to Bloomberg, a corporate debt crisis is imminent. They stated that debt is not as secure as before. Many economic analysts have indicated that this significant corporate debt is not only a threat to the stock and bond market but the economy as a whole.

Over ten years ago, the founder of MacroMavens, Stephanie Pomboy cautioned about the approaching mortgage crisis that was a major signal of the financial downturn that came after. Today, she can foresee the same dangers in the debt market.

Janet Yellen, a former chair of the Federal Reserve, also warns about how this situation will bring on a prolonged economic recession and a surge of corporate bankruptcies. Lead economist for Oxford Economics, Adam Slater noted that corporate credit is likely to worsen global economic slowdown.

* Fitch Ratings note that only $150 billion in grade bonds and $80 billion in loans will mature by 2020. Companies with high floating-rate debt and flimsy business models are a source of trouble

* S&P Global Ratings determined that the default rate for speculative-grade corporate debt was set to take a slump from 3% in 2018 to 2.25% in 2019. Especially for restaurants and retail.

* Moody’s Investors Service noted that covenant quality was most weakened from mid-2017 throughout 2018.

Corporate debt is not only a danger to the US economy but the global financial landscape. The General Manager of Bank for International Settlements (BIS), Agustin Carstens noted with concern the way corporations are using debt products that cannot be easily monitored by financial authorities.

For a while now, credit standards have been dropping. In addition to that, investors are demanding bigger returns. This has forced lenders to finance companies with low credit scores.

Is Business Debt Riskier to Businesses or the Economy?

There are definitely similarities to the mortgage crisis that preceded the recession ten years ago. An exponential increase in debt to all-time highs and a wave in providing financing to risky borrowers is a key indicator.

However, according to Jerome H. Powell, the Chair of the Federal Reserve, it’s important also to mention the differences. For example, the experiences from the financial crisis have pushed the financial authorities to scrutinize weaknesses in financial stability continuously intently. The Fed Board meets at least four times a year to analyze potential threats to financial stability.

They ensure continuous tracking of any occurrences. They do this by using a checklist of likely financial vulnerabilities. This strategy helps with monitoring financial stability. The four-point checklist includes;

* Borrowing by businesses and households

If businesses borrow too much, they will have no choice but to reduce spending or end up defaulting if their revenue reduces.

Valuation pressures give an idea of the general risk appetite. A fall in risk appetite by investors means a drop-in price.

Powell indicates that the regulatory structure adopted after the crisis is formulated on tough capital requirements supported by strong stress tests. This leads to more considerable levels of capital in the banking system.

The stress tests are a method to evaluate the effects of flawed financial developments on the system. The latest stress tests show that despite losses, the biggest banks still maintain capital levels above the ones they had prior to the crisis.

He adds that business debt does not pose a significant risk to financial stability. Even though the Federal Reserve takes the debt seriously, they believe the system is stable enough to withstand possible losses. They are working on making the system even stronger and collaborating with banks to ensure that they handle the business debt risks appropriately.

He states that business debt growth has lessened since early 2018, although it could possibly be just a halt. It’s imperative for the investors, businesses, lenders, and the Federal Reserve to pay attention to the possible vulnerabilities.

Major Risk of Business Debt a Risk to Businesses

Debt can offer a number of benefits like diversification for corporations and annuity for investors. However, there are major risks as well. Due to the low-interest rates and high credit ratings, companies will take on more debt than what is reasonable.

The company will have problems paying back and will experience major financial problems in case of an economic plunge. This problem affects not only the debt holders but also the issuers and other stakeholders.

Provided the US economy maintains its current position, the corporate debt is manageable. Businesses will pay interest to lenders who will experience positive cash flow. However, if the macroeconomy takes a dive, it will lead to a recession.

In the event that the economy takes a slump, some businesses will experience harsh financial difficulty. High business debt will magnify an economic slump because businesses will reduce investments and terminate workers. Right now, while economic times are still favorable, lenders, investors and authorities must fix attention on these risks.