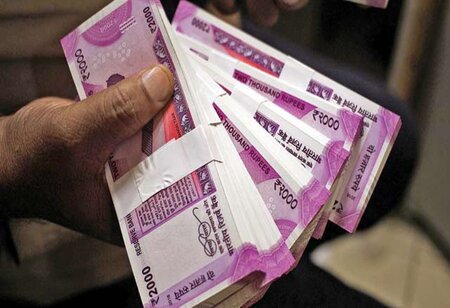 The Centre's direct tax collection is set to be exceeding the target of ₹11.08 lakh crores set for the financial year.

“We had collected ₹10.43 lakh crores so far in the financial year. The budget estimate for ₹11.08 lakh crores will not only be achieved but will also be exceeded,” JB Mohapatra, Central Board of Direct Taxes chairman told news agency ANI.

The tax body has been assigned a revised target of ₹12.50 lakh crores, Mohapatra added.

The statement comes days after Union finance minister Nirmala Sitharaman during her Budget speech announced there would not be any change in the income tax slab or rates.

The finance minister also announced a 30 per cent tax on any income from the transfer of virtual digital assets, while making it clear that no deductions or exemptions will be allowed.

However, the CBDT chairman had made it clear that 30 per cent tax on income from virtual digital assets can't be construed as the Centre's regulatory approval to them.