ARC Has Been a Declining Trend Says RBI Reports 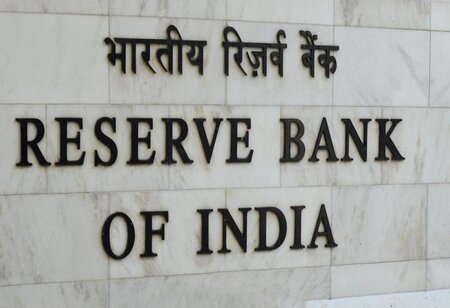 While the Centre has announced an asset reconstruction (ARC) and asset management company backed by government guarantee to address the problem of NPAs with public sector banks, the existing ARC industry has registered a lacklustre performance so far.

According to a Reserve Bank of India (RBI) report on ARCs, the growth of the ARC industry has not been consistent over time and not always been synchronous with the trends in non-performing assets (NPAs) of banks and non-banking financial companies (NBFCs). However, it supported the government’s proposal for a new ARC, saying that “such an entity will strengthen the asset resolution mechanism further.”

The RBI report said notwithstanding the rise in the number of ARCs, the growth in their assets under management (AUM) has been largely trendless except for a major spurt in FY14. “When compared with the volume of NPAs of banks and NBFCs, the AUM of ARCs has been on a declining trend except during the period of high growth in the AUM around 2013-14,” the central bank said.

During 2019-20, asset sales by banks to ARCs declined, which could probably be due to banks opting for other resolution channels such as IBC and SARFAESI. The acquisition cost of ARCs as a proportion to the book value of assets declined, suggesting lower realisable value of the assets.

The ARC industry began with the establishment of the Asset Reconstruction Company India Ltd (ARCIL) in 2003, the RBI said.

Indian ARCs have been private sector entities registered with the Reserve Bank. Public sector AMCs in other countries have often enjoyed easy access to government funding or government-backed. By contrast, capital constraints have often been highlighted as an area of concern for ARCs in India.

According to the RBI study, the movement in asset quality of banks and NBFCs following the Covid-19 pandemic could bring ARCs into greater focus and action.

Going forward, introduction of a new asset reconstruction company for addressing the NPAs of public sector banks may also shape the operations of the existing ARCs, it added. “There is a definite scope for the entry of a well-capitalised and well-designed entity in the Indian ARC industry. Such an entity will strengthen the asset resolution mechanism further.”

As per the World Bank and the Financial Stability Institute, the AMC experiments — including the ones discussed earlier — that succeeded in fulfilling their original mandate had: a narrow mandate (such as resolving NPAs) with clearly defined goals; a sunset clause defining their lifespan; supportive legal infrastructure involving bankruptcy and private property laws; backing of a strong political will to recognise problem loans; a commercial focus of the AMC including governance, transparency, and disclosure requirements, the RBI said.

The ARC proposed in the Budget will be set up by state-owned and private sector banks, and there will be no equity contribution from the Centre. The ARC, which will have an Asset Management Company (AMC) to manage and sell bad assets, will look to resolve stressed assets of Rs 2-2.5 lakh crore that remain unresolved in around 70 large accounts.