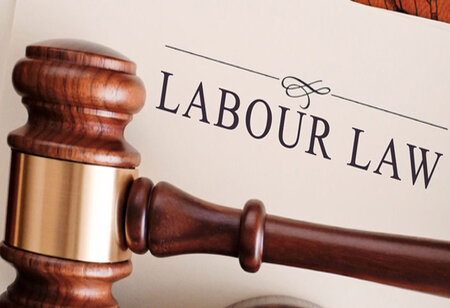 New changes in labour laws in India has many times come under scrutiny from the various stakeholders but the latest amendments in labour laws in India 2022 might have more positives than negatives. Starting off the major changes that the government is aiming to implement in FY 2022-23 is; A four-day work week- Yes, this might soon become a reality for the working class of the country. And this will be possible as the Government is looking at the next fiscal year to implement the four new labour codes. The four new codes are on health and working conditions, wages, social security, and industrial relations and occupation safety.

Multiple government officials were quoted by PTI stating, "The four above mentioned labour codes will likely be implemented in the financial year 2022-23 owing to the fact that large number of states have finalised draft rules on these four labour codes.

As many expected, the implementation of the new codes will act a catalyst for a change in a number of aspects that is related to work culture as well as employment in general in India. And a multitude of these changes will be having a significant impact on the working hours, PF contribution, as well as take-home salary.

According to various reports, once the latest labour codes are implemented, employees can see a reduction in their take-home salary owing to the fact that they would be contributing to the provident fund. At the same time, it is also possible that with the heavily anticipated implementation of the four-day work week, the work hours of the employees might be increased to 12 hours a day. This is also owing to the fact that the labour ministry is still going forward with the requirement of a 48-hour weekly work time. Even with that being the case, the four-day work week is expected to be an advantage for the employees while at the same time keeping their productivity the same by still having a 48-hour work-week.

And states are working around the clock to speed up its implementation with at least 13 states already having pre-published the draft rules on these various laws. And in the meantime, the central government of the country is pursuing the remaining state governments in order to frame the rules under all of the above-mentioned four Codes, a senior government official has stated.

Showing how quickly the officials are looking to implement these laws; according to the Union Labour Minister Bhupender Yadav's reply in Rajya Sabha, the draft rules for The Code on Wages have already been pre-published by 24 states including Karnataka, Madhya Pradesh, Uttar Pradesh, Punjab, Maharashtra, Goa, Telangana, and Assam as well as UTs of Jammu and Kashmir, and GNCT of Delhi to mention a few.

At the same time, various states have already pre-published draft rules on The Industrial Relations Code and that includes Madhya Pradesh, Telangana, Goa, Karnataka, Jharkhand, Arunachal Pradesh, and UTs of Jammu and Kashmir and Puducherry to mention a few.

Moving on to The Code on Social Security, a total of 18 states have already pre-published draft rules on them including Uttar Pradesh, Punjab, Odisha, Maharashtra, Manipur, Goa, and UT of Jammu and Kashmir etc.

Finally, the 13 states that have already pre-published draft rules on The Occupational Safety, Health and Working Conditions Code include Uttar Pradesh, Madhya Pradesh, Punjab, Odisha, and the UT of Jammu and Kashmir.