LIC IPO: Up to 10 Percent of Issue Size to be Reserved for Policyholders 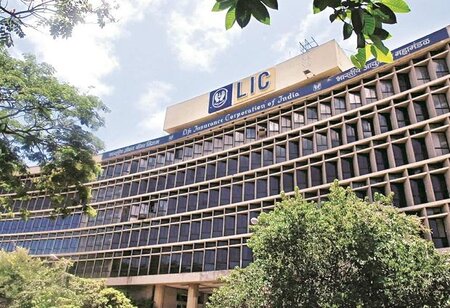 "In the Finance Bill 2021-22, it has been proposed to have a reservation on a competitive basis, to an extent of up to 10 per cent of the issue size, in favour of life insurance policyholders of LIC," Thakur said in a written reply to a query in the Rajya Sabha.

In her Budget Speech 2021, Finance Minister Nirmala Sitharaman said the initial public offering (IPO) of Life Insurance Corporation (LIC) would be launched in the next financial year, beginning April 1. The LIC Amendment Act has been made part of the Finance Bill, thereby bringing the required legislative amendment for launching IPO of the country's largest life insurer.

The Budget 2021-22 has set a disinvestment target of ₹1.75 lakh crore, higher than the ₹32,000 crore estimated to be garnered in the current fiscal

The Department of Investment and Public Asset Management (DIPAM), which manages the government's equity in state-owned companies, has already selected actuarial firm Milliman Advisors for ascertaining the embedded value of LIC. Deloitte and SBI Caps have been appointed as pre-IPO transaction advisors.