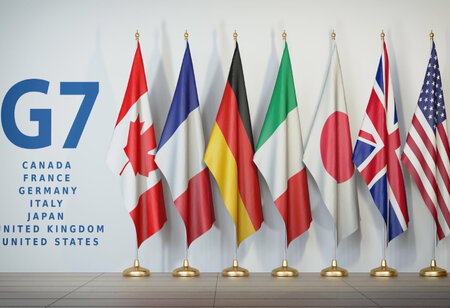 Leaders from the G7 have finished their three-day meeting in a spa resort in the Bavarian Alps with a commitment to the Paris Climate Agreement, even as they agreed for close collaboration with developing countries in order to boost clean energy and resilience through new initiatives, comprising its commitment for Just Energy Transition Partnership with India.

They have committed to achieving a fully or predominantly decarbonised electricity sector by 2035, recognising that emissions from coal power generation is the single biggest cause of global warming.

While the G7 countries, which consume close to one billion tonnes of thermal coal annually, did not specifically mention a 2030 coal phaseout date, a predominantly or fully decarbonised power sector by 2035 implies a 2030 coal phaseout, according to IEA's net zero by 2050 report.

So the implications of 2035 power sector decarbonisation means phasing out coal power in G7 and EU member countries would avoid 1.9 billion tonnes of CO2 emissions annually, which is more than the combined total CO2 emissions from all southeast Asian countries.

The G7 -- an informal grouping of seven of the world's advanced economies: Canada, France, Germany, Italy, Japan, the UK, the US and the European Union -- called for opening up gas investments to help lessen dependence on Russian energy.

While opening up gas investments could have been the headline, it was the leaders' decision, led by German Chancellor Scholz, to open up space for gas investments in the name of energy security in the face of the Russian war in Ukraine.

In the face of their own energy crisis, the leaders chose to "stress the important role increased deliveries of LNG can play, and acknowledge that (temporary) investment in this sector is necessary in response to the current crisis".

Despite the bloc stressing the temporary nature of this move, it could lock in emissions for decades, placing climate commitments under threat, while taking too long to address Europe's short-term energy needs.

Italy's suggestion for a cap on the price of oil did not succeed, and the leaders also failed to commit to phasing out coal by 2030.

Russian thermal coal exports accounted for 21 per cent of the total 175.37 million tonnes of seaborne thermal coal imported by G7 plus EU countries in 2021.

The G7 further stressed its commitment for Just Energy Transition Partnerships (JETP) with India, Indonesia, Senegal, and Vietnam, especially in light of the partnership initiated with South Africa at COP26.

"Building on these important steps we underscore our commitment to country-led partnerships in close dialogue with interested partner countries, aligning with existing initiatives and using existing coordination mechanisms," said the G7 communique on Tuesday.

On the food crisis, the G7 made a humanitarian pledge to address current food shortages, but stopped short of creating a collective plan to tackle the flaws in the global food system that make it so vulnerable to shocks.

In a carefully worded compromise, the G7 have agreed to disagree on reforming the food system which according to observers means another global food price crisis is just around the corner.

Responding to the G7 communique on the possible pathways for energy transition in India, Deepak Sriram Krishnan, Associate Director, WRI India's Energy Program, told IANS, "It's going to be a two horse driven cart with us in the immediate and in the short term relying on coal to the extent that we need to meet the developmental needs.

"But at the same time also, continuing our growth on renewable energy and this would not just mean looking at onshore wind and utility scale solar but also considering newer technologies like offshore while pulling up the almost neglected rooftop solar is needed."

On domestic finance solutions, Krishnan said, "The G7 has only expressed willingness to negotiate with India and other countries for the Just Energy Transition Partnership (JETP). So in that negotiation we need to ask for what we need rather than try and get sucked into pressure from the G7. In fact, before conversations like the JETP had come up at COP, we were all talking about how, for example, District Mineral Funds could be used in the clean energy transition.

"It is going to be a combination of both domestic funding and international money coming in only as a gap. India needs to minimise the need for international support and rely a lot more on our own efforts."

On industrial decarbonisation opportunities with G7, Krishnan said India could try and negotiate the transitions related to thermal power plants as well as coal mining. "A second area of transition, which is of critical importance for us is our industrial sector, especially the MSMEs. Given that a significant number of them are exporting to markets like the G7 or are part of supply chains of companies, which may have their headquarters in the G7 countries. It would also be important to try and negotiate for financial flows and technology transfer for the industrial sector decarbonization as well."

On how G7 dragged its feet on climate action and commitment, Vaibhav Chaturvedi, Fellow, Council for Energy Environment & Water (CEEW), said, "Cooperation on climate change mitigation and adaptation was one of the important issues for the G7 discussions.

"India's ambitious mitigation targets warranted a solid commitment from the G7 countries on climate finance for India, through a Just Energy Transition Partnership. The outcome from the summit on this front has been disappointing. Looks like rich countries are again dragging their feet, rather than acting fast to support India's ambition.

"India will have to continue to ramp up pressure on the developed world to deliver fast on climate finance through various channels."