How to make workplace more secure for women employees? 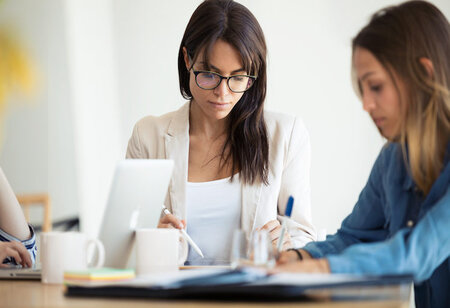 Although women’s safety and the issues relevant to it are widely discussed all around the globe, every year we are seeing the number of reports on harassment increasing at a frightening rate. Currently, women are not only becoming independent and venturing into various professional spectrums but also have gradually earned an elevated standard in the workplace. Being capable enough to take care of themselves as well as their families, they are making their own life choices and living life on their own terms. Irrespective of such accomplishments, women are subjected to Gender-based annoyance, harassment, and discernment in their workplace affecting millions of female workers across the globe. As workplace harassment and discrimination against women employees continues to haunt employers, it is time a decisive action to be implemented. Although numerous countries across the world have passed laws and enforced rules to ensure prevent gender-based violence and make workplaces safer for female employees, a lot more needs to be done.

This article focuses on the sensitive topic of dealing with the workplace harassment faced by the women employees and how to make workplace a bit safer for them.

To determine the physical safety of women workers while they are on-the-job, employers should ensure that the workplace where they are operating or functioning is secure. Some of the precautionary measures include collecting valid photo identification documents from security guards, drivers, janitors, and all casual staff. Instal CCTV cameras at significant places such as common entry or exit points and ensure that the surveillance system is operational round-the-clock and does not interfere with the privacy of women employees. Apart from that, employers may consider deploying security guards at specific locations. Some basic facts to be kept in mind such as a colleague or security guard to ideally accompany the cab driver if a woman employee working in the night shift is to be picked up from destination or dropped after office hours.

2. Providing A Secure and Safe Perimeter to Employees:

With women working for the organization, it is significant not to overlook the environmental feature of workplace safety. At least one chosen company official should be accessible round-the-clock to be contacted by women employees in case of an emergency and the emergency contact number should be made available to all women employees. Apart from ensuring well-equipped medical facilities that suit female workers’ needs in the workplace, the office premises should be equipped with basic conveniences such as separate and secure restrooms in close proximity to employees’ workstations. It is also necessary to maintain a specific record of all people visiting the office premises, factory, or job site, be it someone coming for business purposes or a food delivery boy.

An anti-sexual-harassment policy which clearly explains the definition sexual harassment in the workplaces, how to respond to such incidents, how to file a complaint when sexual misconduct occurs, company measures for supervising a sexual harassment complaint, and so on, should be issued to all employees in writing. Women employees often feel uncomfortable to report incidents of sexual harassment due to the associated fear of social disgrace and retaliation by their colleagues, supervisors, or employers. Therefore, it is significant that people in management roles encourage their subordinates to bring any kind of improper behaviour or workplace sexual harassment into their notice through an established complaint procedure.

When it comes to the physical and psychological health of your workers, Wellness programs are absolutely necessary. Implementing possible techniques and ideas to spread awareness, these awareness programs can consist of Workshops, open group discussions, or activities which highlight women’s safety in the workplace. Annual training programs for employees can also be conducted to not only spread awareness on the subject but to also prohibit male employees indulging in gender-based discrimination due to different mindsets and beliefs. Training programs can help these employees to get rid of gender-based stereotypes and prejudices that often lead to harassment of women in the workplace. Separate training programs can be conducted for executive level officials to help them comprehend the signs of sexual harassment and how they should put all-out effort to stop it.