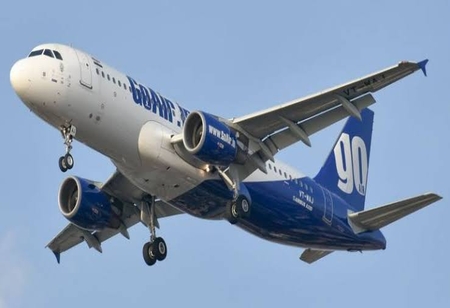 On Thursday itself Low-fare airline GoAir rebranded GoFirst, as the Wadia group-controlled airline prepares to approach the market for a public share sale. The rebranding comes at a time when the second wave of Covid-19 has led to a drastic reduction in air passenger traffic. “At the heart of this revamp is the full embrace of the ultra-low-cost airline model,” the airline said on Thursday.

“It is this competitive advantage that enables the airline to offer its customers a combination of ultra-competitive fares and a safe flying experience,” it said. An ultra-low-cost carrier (ULCC) is different from a low-cost carrier (LCC) as they operate different business models with unbundled fares, bringing fares down further. On a ULCC, fliers must pay extra for baggage, seats, and food. They also have fewer amenities than LCCs and, thus, have a greater range of paid add-ons.

Most Indian airlines such as IndiGo, SpiceJet, and AirAsia India operate on a low-cost model. “Consumers in India are value-conscious but are quite demanding when it comes to the flying experience,” the airline’s vice-chairman Ben Baldanza said. “The combinations of attractive airfares, a squeaky-clean flying experience, well-sanitized flights, and on-time performance is what GoFirst is designed to deliver,” he said.

Mint had on May 12 reported that GoAir, now GoFirst, would complete its IPO process by the end of 2021, and has prepared the ground by installing professional management. GoAir, which started flying in 2005, had in March said Jeh Wadia, son of chairman Nusli Wadia, had stepped down as managing director, while industry veteran Baldanza, who once headed US-based ULCC Spirit Airlines, had joined its board as vice-chairman. Baldanza will work directly with the management team, comprising chief executive officer Kaushik Khona and chief financial officer Pankaj Chaturvedi, to achieve the next phase of growth, GoAir had then said.

GoAir reported a net loss of ₹1,278.60 crores in 2019-20 versus a net profit of ₹123.34 crores in 2018-19, according to the latest figures from the ministry of corporate affairs. According to figures compiled by research platform Tofler, the airline’s net worth stood negative at ₹1,500 crores on March 31, 2020, while cash and cash equivalents stood at ₹112 crores.