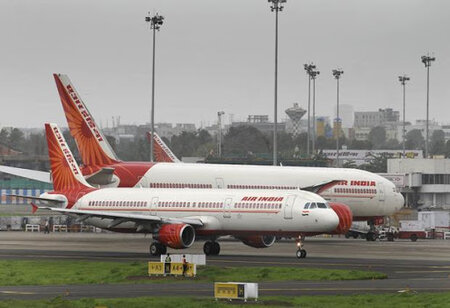 The Ministry of Civil Aviation on Thursday increased the minimum and maximum airfares across all bands, which on one hand, would provide big relief to the financially distressed airlines but, on the other, would make air travel costlier for passengers at least till the 31st of March. The lower and upper limits on airfares have been increased by 10 to 30 per cent, as per a notification issued on Thursday.

When the Centre reopened domestic air travel in May, it imposed fare restrictions, via bands, for flights to ensure that dynamic pricing does not hurt the consumer. The first such band consists of flights that are of less than 40-minute duration. The lower limit for the first band was increased on Thursday from Rs 2,000 to Rs 2,200. The upper limit in this band was set at Rs 7,800, which was Rs 6,000 earlier. The subsequent bands are for flights with durations of 40-60 minutes, 60-90 minutes, 90-120 minutes, 120-150 minutes, 150-180 minutes and 180-210 minutes.

These new limits would remain “in force up to March 31, 2021, or until further orders”, the Ministry said

These new limits would remain “in force up to March 31, 2021, or until further orders”, the Ministry said. Last month, the government also allowed airlines to sell only 20 per cent of the tickets below the median fare.

Airline executives welcomed the move but said the government should soon do away with the restrictions. “There’s enough demand in the market to let it decide the fares now. Earlier on, these restrictions were necessary but now it does not make much sense. The increase is a relief naturally because we are seeing fuel prices rise and this will allow us to raise base fares as per the new median range,” a senior official of a low-cost airline said.