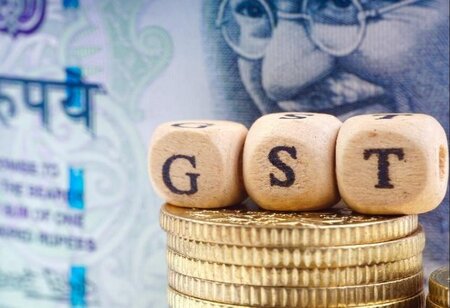 The first batch of payment to states and Union Territories amounting to Rs 75,000 crore to meet compensation shortfall under Goods and Services Tax (GST) for financial year 2021-22 was released on Thursday. This is part of the mechanism accepted by both Centre and states after the Covid-19 pandemic through which back-to-back loans are made to states to meet the compensation shortfall.

In FY21, an amount of Rs 1.10 lakh crore was released to states under a similar arrangement. According to center's estimates, Rs 63,000 crore is pending for FY21 to states after back-to-back loans and IGST settlement.

The Budget had assumed 17 per cent growth in GST revenues, translating into monthly gross GST revenue of Rs 1.1 lakh crore. Based on this assumption, it has been estimated that for the period February 2021 to January 2022, the gap between protected revenue and the actual revenue after release of compensation would be around Rs 1.59 lakh crore. The pending amount for FY21 along with the amounts through back-to-back loans (Rs 1.10 lakh crore and Rs 1.59 lakh crore) will be settled from compensation cess proceeds to be collected July 2022 onwards, officials mentioned.

Finance Minister Nirmala Sitharaman tweeted “almost 50 per cent of the total shortfall for the entire year released in a single instalment”.

Monday’s release is in addition to normal GST compensation being released every 2 months out of actual cess collection, the Finance Ministry said. The frontloading of this payment will help states in incurring their capital expenditure and other spending, a senior finance ministry official said.

States are guaranteed compensation under GST for the revenue gap between actual collections and the protected amount based on 14 per cent compounded rate from base year 2015-16 for five years of GST rollout till June 2022. To pay back these borrowed amounts through back-to-back loans and pending compensation payment through cess collections, the compensation arrangement is estimated to stretch for 2.5-3 years beyond June 2022, the official added.