GST Council meet to centre regarding the shortfall compensation 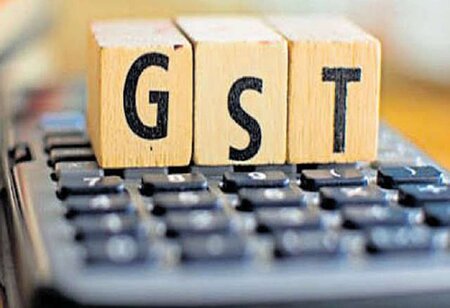 The key deliberation at the 43rd meeting of the Goods and Services Tax (GST) Council on Friday will likely to be centred around an acceptable mechanism in order to compensate states for an estimated ₹1.5 lakh crore revenue shortfall in 2021-22 due to the second wave of Covid-19 pandemic, people aware of the matter said.

States, particularly those ruled by non-BJP and non-NDA parties, are alarmed by an over 60% fall in e-way bills this month ( ₹28.2 million as on May 23) from a peak of ₹71.2 million in March 2021, when normal business activities had resumed almost in their entirety after the first wave, at least four officials from the federal government and states said on condition of anonymity.

A sharp fall in e-way bills indicates a contraction in revenue. “The significant decline in the e way bills which reflect movement of goods, accompanied by the deceleration in the services sector, aviation, hospitality, entertainment, etc, will have an impact on GST collections for transactions in April and May,” MS Mani, senior director at Deloitte India said.

One of the officials, who works for a state government, said, “Compensation requirement this fiscal year is expected to cross ₹1.5 lakh crore if the economy doesn’t recover from the spell of Covid-19 by the next quarter.” In a letter to Union finance minister Nirmala Sitharaman, West Bengal finance minister Amit Mitra estimated the shortfall in the current financial year at ₹1,56,164 crore “without taking into consideration the impact of Covid wave-2”, HT reported on May 14.

The issue could be discussed on Friday. Views of state governments will be heard. But a final decision on this matter is not possible immediately without correct estimation of the revenue shortfall

Budget 2021-22, presented at a time when cases were at their lowest, and when it looked like India would not have a second wave of the pandemic, estimated total compensation cess receipts at ₹1 lakh crore, but the actual collection will be much less than that, added the first official. The budget estimate (BE) for compensation cess collection in FY21 was ₹1,10,500 crore, but it was trimmed to ₹84,100 crore in the revised estimate (RE).

The second wave has forced most states to impose lockdowns, although manufacturing activities continue unabated in many, and some experts say there could be a third wave of the pandemic. Hence, any accurate estimation of GST revenue shortfall is not yet possible, a federal government official said. “The issue could be discussed on Friday. Views of state governments will be heard. But a final decision on this matter is not possible immediately without correct estimation of the revenue shortfall,” the official added.

The GST law assures states a 14% increase in their annual revenue for five years from July 1, 2020 and also guarantees to make good their revenue shortfall, if any, from the compensation cess levied on luxury goods and sin and luxury products. “Several states are of view that it is the responsibility of the Centre to compensate states for the assured GST revenue, hence they would like the Centre to borrow to meet the revenue gap,” the second official added.

In the previous financial year, due to the first wave, GST revenue fell short by about ₹2.35 lakh crore. The Centre gave two borrowing options facilitated by a special window of the Reserve Bank of India (RBI) to states. The first was to borrow the GST shortfall of ₹1.10 lakh crore and repay both principal and interest from the compensation cess. In the second, only principal would be paid from the compensation cess. After some resistance by 10 Opposition-ruled states, all eventually accepted the first option. “The arrangement was only for FY-21. The GST Council will have again deliberate and approve a mechanism to meet any revenue shortfall in the current financial year,” the second person said.

According to Archit Gupta, founder and chief executive officer (CEO) of the financial technology platform ClearTax, the lockdown during the second wave has not been that stringent compared to the first when economic activities came to an almost complete halt. “Therefore we are not expecting a large drop in GST collections. But services, hotels, travel, and auto, which saw a drop in their business, could affect GST collections unless there is a strong revival that takes place in the near term and vaccines take off in a big way,” he said. “Since GST is a transaction based tax, the decline in economic activities on account of the recent lockdowns will certainly have an adverse impact on the GST collections,” Mani added.