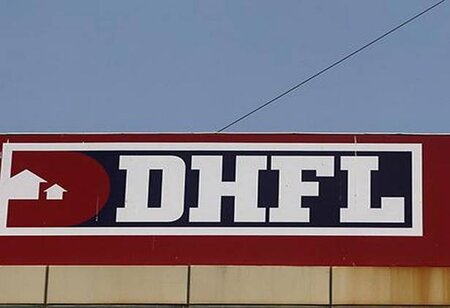 The committee of creditors (CoC) to Dewan Housing Finance Corp. Ltd (DHFL) has strongly rejected a scheme to increase recoveries for smaller investors, including fixed deposit and debenture holders.

At Tuesday's vote lenders rejected the proposal with a majority of 89.19%, held after the National Company Law Tribunal (NCLT) suggested a relook at the distribution of funds while approving DHFL’s insolvency resolution.

Ironically, depositors with a voting share of 6.18% rejected the proposal since they plan to move the appeals tribunal to plead for a greater share of recoveries. This means that the depositors are now probable to receive ₹1,241 crore or just 23% of their total claim of ₹5,299 crore. The proposal was to approve an additional ₹966 crore for FD holders from the recoveries. Lenders also rejected proposals to distribute ₹540 crore more to unsecured non-convertible debenture (NCD) holders and ₹263.6 crore for small secured NCD holders. Of the 75 votes polled, only eight supported the proposal while 52 were against it, and 15 abstained. Among lenders that voted against are State Bank of India, Bank of India, Bank of Baroda, Union Bank of India, Canara Bank and Central Bank of India.

Had the proposals been approved, secured financial creditors such as banks would have had to give up a total of ₹1,853.2 crore or 5.4% of the total resolution value. The electronic voting window was open from 2am on June 20 to 9pm on June 22.

Meanwhile, fixed depositors plan to challenge the approval of the Piramal group’s resolution plan in the National Company Law Appellate Tribunal (NCLAT) and are preparing for a long-drawn legal battle to secure higher recoveries.

“We did not support this new distribution mechanism because we were still being offered a pittance. We want 100% of our fixed deposits recovered under the resolution plan and will take the legal route to make our voices heard,” stated a depositor from Bhilai, Chhattisgarh. He claimed that financial creditors had no intention of giving up any more money, and the vote was a mere smokescreen to demonstrate compliance with the tribunal’s request.

“Even if fixed depositors had voted in favor of the proposal, it would have hardly moved the needle,” stated the depositor, adding ₹3 lakh that he saved for his daughter’s wedding was stuck with the mortgage lender. Revisions in the distribution mechanism were proposed after the Mumbai bench of NCLT suggested that creditors review the distribution of funds.

While clearing Piramal Capital and Housing Finance Ltd’s bid to take over DHFL for ₹37,250 crore, the tribunal said that considering hundreds and thousands of small investors and senior citizens have deposited their savings with DHFL, they should get a “fair” share of the resolution money.

Piramal Capital had received approvals from the Competition Commission of India and the Reserve Bank of India for its bid to take over DHFL. Its resolution plan received 94% votes from DHFL’s creditors.