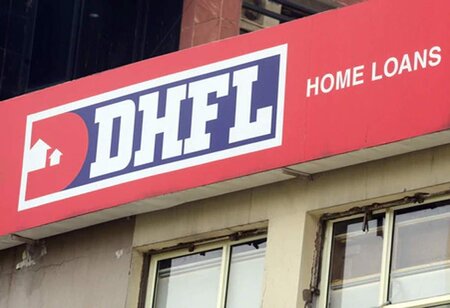 The National Company Law Tribunal (NCLT) on Wednesday directed the administrator of the bankrupt financial firm DHFL to place the settlement offer of the cormpany’s jailed promoter Kapil Wadhawan before the committee of creditors (CoC) for consideration. The order pronounced by HP Chaturvedi and Ravikumar Duraisamy has directed the CoC to meet within 10 days and consider Wadhawan’s offer of settlement.

Interestingly, the Reserve Bank of India (RBI), the CoC and the Competition Commission of India (CCI) have already approved the Rs 37,250-crore resolution plan offered by Piramal Enterprises; however the NCLT is yet to give its nod to the plan.

In January, Wadhawan had offered repay the entire outstanding principal amount of Rs 91,158 crore to creditors with an upfront payment of Rs 9,000 crore. According to Wadhawan’s offer, he agreed to service a debt of Rs 31,000 crore at 8.5 per cent per annum and another Rs 12,000 crore at 11.5 per cent per annum in 7 years, following a one-year moratorium. The plan also included repayment of Rs 18,000 crore in 5 years and the payment of the remaining amount in the form of debt-to-equity conversion.

The lenders of DHFL, however, rejected the offer on the grounds that the Insolvency and Bankruptcy Code (IBC) prohibits wilful defaulters, promoters of defaulting firms and undischarged insolvents from participating in the resolution of companies.

Wadhawan, who is currently in judicial custody, is facing charges of money laundering. Wadhawan and his brother Dheeraj Wadhawan came under the scanner of the Enforcement Directorate (ED) in October 2019, when a probe into the alleged money laundering activities of late gangster Iqbal Mirchi — a close aide of Dawood Ibrahim — found a Rs 225-crore land deal between Mirchi and Sunblink Real Estate Pvt Ltd , a company associated with DHFL.

The same month, a forensic audit conducted by KPMG on behalf of the lenders of DHFL found diversion of over Rs 19,000 crore of bank loans to DHFL’s related entities. Subsequently, the Wadhawan brothers were accused of fraudulently diverting nearly Rs 12,700 crore from DHFL’s accounts to companies beneficially owned by them and further diverting those funds to other companies.

Apart from this, the ED has alleged that Rana Kapoor, former CEO of Yes Bank, had entered into a criminal conspiracy with the Wadhawans to extend financial help to DHFL through Yes Bank in return for “substantial undue benefits” to himself and his family members.

DHFL, which owes over Rs 90,000 crore to banks, mutual funds and investors, also became the first non-banking financial company (NBFC) to be referred to the bankruptcy court for resolution by the RBI in November 2019. The RBI superseded the board of DHFL and appointed a three-member advisory body to advise the RBI-appointed administrator of the company.