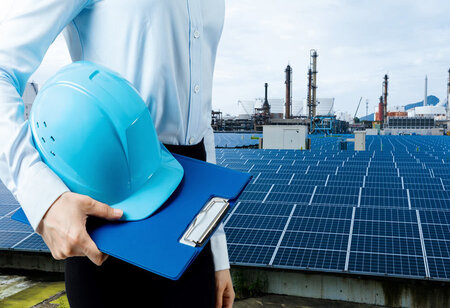 According to three persons familiar with the situation, Vikram Solar Ltd and Waaree Energies Ltd have hired investment banks for their separate initial public offerings (IPOs), as the solar panel makers look to expand their business by riding the wave of local manufacturing. On the condition of anonymity, the persons cited above indicated that both companies are trying to raise roughly Rs 1,500 crore apiece.

“Vikram Solar has appointed JM Financial and has started working on its IPO, while Waaree has appointed Axis Capital and ICICI Securities for its IPO,” one of the three people said. “While both companies want to raise capital to invest in expanding their manufacturing capacities, in the case of Vikram Solar, a substantial part of the proceeds will also go towards reducing its debt. Waaree is practically debt-free at the moment,” he added.

An email sent to Vikram Solar and text messages sent to Waaree chairperson Hitesh Doshi remained unanswered till press time. “There is a strong government thrust to scale up domestic manufacturing of solar panels, given the large capacities that India plans to set up in the coming years and so far, there has been a very high dependence on imports of solar panels, especially from China. The government’s plans to bring in high duties on imports of solar panels and cells is a big boost for domestic manufacturers,” the second person cited above said.

India is running the world’s largest clean energy programme to achieve 175GW of renewable capacity, including 100GW of solar power by 2022. According to the Central Electricity Authority, by 2030, the country’s power requirement would be 817GW, more than half of which would be clean energy; of this, 280GW would be from solar energy alone. To achieve the target of 280GW, around 25GW of solar energy capacity is needed to be installed every year till 2030.