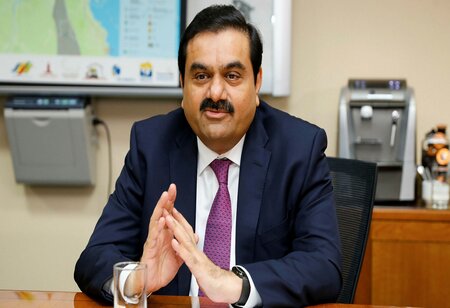 India has added five billionaires every month in the last 12 months as the value of businesses such as chemicals, software and pharmaceuticals increased. Among the traditional billionaires, Gautam Adani (59) and family, with Rs 5.1 lakh crore (a 261% surge), for the first time has become the second richest in Asia. His family has added Rs 1,000 crore a day over the last year.
Mukesh Ambani (64), with Rs 7.2 lakh crore, remained the richest Indian for the 10th year in a row. The rise in commodity prices has enabled magnates, including Lakshmi Mittal (71) and Kumar Mangalam Birla (54), to be part of India’s top 10. Vaccine king Cyrus S Poonawalla of Serum Institute of India, whose wealth increased by 74% to Rs 1,63,700 crore occupies the 6th position.

Gautam Adani's brother Vinod Shantilal Adani, who owns a trading business in Dubai, too made it to the top 10, ahead of Birla, with his wealth growing threefold to reach Rs 1.31 lakh crore.
The last decade has seen the fastest pace of wealth creation with India’s rich adding Rs 2,020 crore of wealth every day for the past 10 years. Hurun, which compiles a list of the super-rich in India in partnership with IIFL Wealth management, has in this year’s ranking highlighted the trends for the last decade.