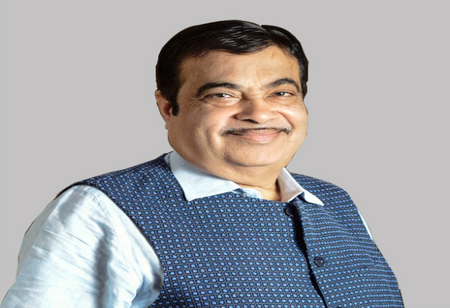 Union minister Nitin Gadkari has recently asked the Tribal Affairs Ministry to coordinate with the MSME Ministry and come up with a scheme to provide employment to 25 people in every tribal village in India. The minister for Micro, Small and Medium Enterprises (MSME) and Road Transport & Highways said five crore jobs should be created by the MSME sector this year. He observed that there are 6.5 crore MSME units in the country and 11 crore jobs have been created through the sector till now. Gadkari said the turnover of village industries at present is Rs 80,000 crore, which needs to be increased to Rs 5 lakh crore.

"I request you to draft a scheme in coordination with us to provide jobs to 25 people in every tribal village in the country, which we will finance," Gadkari told the Secretary in the Ministry of Tribal Affairs. The minister said he has heard that his effigies were burnt in some parts of China to express displeasure after imposition of heavy import duty on bamboo sticks by India that led to closure of few industries. The government last year hiked import duty on bamboo sticks to 25 per cent to check heavy imports from China, and boost local manufacture of agarbatti and bamboo industries. The minister was addressing an MoU signing event.

The Khadi and Village Industries Commission and the Ministry of Tribal Affairs signed two agreements on Tuesday for procurement of Khadi fabric for tribal students and for creating local employment for a large chunk of tribal population across the country. KVIC Chairman Vinai Kumar Saxena in his address said that the PMEGP scheme bring implemented by KVIC has led to setting up of nearly 3 lakh units in last five years that created 24 lakh direct jobs.

While one memorandum of understanding (MoU) is for the purchase of Khadi fabric for tribal students, the other MoU is on partnering of the Tribal Affairs Ministry with the Khadi and Village Industries Commission (KVIC) as an implementing agency for the Prime Minister Employment Generation Program (PMEGP). Under the second MoU, National Scheduled Tribe Finance Development Corporation (NSTFDC), an agency of the Tribal Affairs Ministry responsible for economic development of tribals in India, will be roped in as a partner to implement the PMEGP Scheme. NSTFDC provides concessional loan schemes for funding entrepreneurial ventures of aspiring scheduled tribes in all sectors of economy.