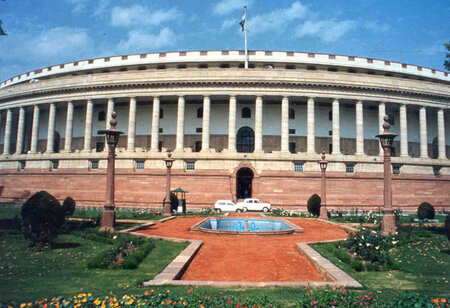 The Union Cabinet on Tuesday gave ex-post facto approval to the official amendments to the Finance Bill, 2021, which were aimed at clarifying and rationalizing tax proposals for 2021-22.

The amendments were essential to clarify and rationalize the proposals further and address stakeholders’ concerns arising out of the proposals enumerated in the Finance Bill, the government said in a statement. The law was enacted on March 28, 2021 after receiving the President’s nod.

“The amendments are tax proposals which shall generate timely revenue for the Government and streamline existing provisions by addressing grievances of the taxpayers,” it said.

The Finance Bill, which gives effect to tax proposals for FY22, was passed in Parliament in March with 127 amendments. Among other changes, it has provided for a 10-year income tax exemption to the National Bank for Financing Infrastructure and Development. Private development finance institutions were provided a five-year tax exemption, which can be extended by another five years.

The amendment also clarified that the equalization levy would not be applicable on consideration of the sale of goods or services which are owned by person’s resident in India or by a permanent establishment of a non-resident in India.