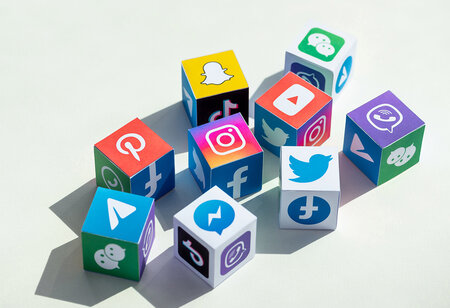 According to sources familiar with the situation, social media companies across the board are likely to approach the Ministry of Electronics and Information Technology (MeitY) again to speed up the process of establishing a standard operating procedure (SOP) for the Intermediary Guidelines and Digital Media Ethics Code.

The need for an SOP for the intermediary guidelines was felt once again, following the recent controversy over Congress leader Rahul Gandhi’s post across social media platforms, wherein he had posted a photo of the parents of a nine-year-old Dalit girl who was allegedly raped. The photo stoked controversy and was subsequently taken down by Twitter, Facebook, and Instagram. Simultaneously, the National Commission for Protection of Child Rights (NCPCR) sent legal notices to the platforms as well as Gandhi.

Though all the three platforms removed Gandhi’s tweet and post, they claimed that it was done based on their internal guidelines on posting and not on the notices sent by the NCPCR.

“Right now, the NCPCR has no jurisdiction to send us a legal notice. They should have either approached us through the grievance officer or got a court order asking us to take down the post. We took down the posts as it violated our policies. There is, however, no SOP and we do not know which agency can send us a takedown notice and which cannot,” a senior executive at a social media firm said.

An executive at another social media firm said that as per the Supreme Court’s judgment in the Shreya Singhal case, where Section 66A of the IT Act had been struck down, the direction to remove any content from social media can only be if there is a court order, or if a competent authority of the Central government issues such order under Section 69A of the IT Act.

“Neither Section 69A nor the blocking rules under IT Act authorise NCPCR to direct intermediaries to remove content. We will challenge its (NCPCR’s) jurisdiction in this issue,” the executive said.

Twitter was the first to lock Gandhi out of his account, allowing him access only to delete the tweet. Though Gandhi had later submitted a consent letter of the parents of the nine-year-old Dalit girl Twitter, Twitter had still not allowed general public access to the tweet and said that it would remain hidden as it is against rules under the Protection of Children from Sexual Offences (POCSO) Act.

“As part of the appeal process, @RahulGandhi has submitted a copy of the formal consent/authorisation letter to use the referenced image via our India Grievance Channel. The tweet is now withheld in India and the account access has been restored,” a spokesperson for the platform had said. Twitter had, subsequently, also blocked access to the Congress party’s official Twitter account and several other accounts belonging to its leaders. The platform had then said it had taken “proactive action” on several other tweets, which had posted the same image.

“We have taken proactive action on several hundred Tweets that posted an image that violated our rules, and may continue to do so in line with our range of enforcement options. Certain types of private information carry higher risks than others, and our aim is always to protect individuals’ privacy and safety,” a spokesperson for the platform had said.

The platform had also said in the case of the nine-year-old girl, her family had pleaded for their safety in court, and, therefore, to ensure their safety and dignity, the content had been taken down.