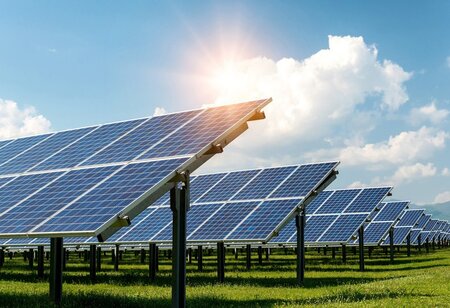 ReNew Power Pvt., one of India’s largest renewable power producers, plans to invest $9 billion in wind and solar projects through 2025 among a government-backed effort to trim down emissions.

The firm, backed by investors such as Goldman Sachs Group Inc. and Canada Pension Plan Investment Board, targets to more than triple its renewable power capacity to 18.5 gigawatts by 2025, Chairman Sumant Sinha said in an interview. The Gurugram, India-based company will look at building its own projects as well as achievements for growth.

India as the world’s third-biggest emitter of greenhouse gases, aims to diminish its dependence on coal and expand renewable power capacity almost five-fold to 450 gigawatts by 2030, a $20 billion a year investment opportunity through the end of the decade, as per Prime Minister Narendra Modi. ReNew is positioning itself to play a central role in the nation’s massive green energy based on.

The future generation is also required as millions of Indian households take advantage of rising incomes to purchase vehicles and electrical appliances, driving a 5% annual growth in power demand through 2040 in the country, according to the International Energy Agency.

“The 450-gigawatt target is not merely a nice-to-have," Sinha said. “It’s something we’ll inevitably have to achieve if we want to meet our power demand."
ReNew has about 5.4 gigawatts of operational wind and solar plants, even as 4.5 gigawatts of projects are under development. The firm has settled to merge with U.S.-based blank-check company RMG Acquisition Corp. II, a deal that will give it a U.S. listing and net cash proceeds of about $610 million.

The company also plans to trade some assets to raise money for growth, Sinha said. It sold a 300-megawatt solar project in Pavagada in southern Karnataka state earlier this year “to test the waters," he said, without giving details.

The company is also looking forward for new ventures, including solar manufacturing. India’s decision to levy import taxes on cells and modules makes investment in domestic production a favorable proposition, Sinha said, adding the company’s main focus will be to secure supplies for its own projects.

Power distribution, considered the weakest link in country’s electricity value chain, is another area ReNew is examining. Most distribution companies controlled by provincial governments lose money on sales due in part to theft or poor bill collection, which consequently delays payments to power generators and deprives consumers of reliable electricity.

“We cannot have an economy that’s constantly hobbled by an inefficient, dysfunctional utility system," Sinha said. The government is considering reforming the distribution segment to permit for more competition, and ReNew is assessing whether to enter the market, he said.