An executive manager, Palash Bagchi is engaged with some of the world's top organizations in various markets including Africa, South East Asia and other geographies.

What is the Blockchain?
The Blockchain has in recent times attracted much attention, yet failed to bring clarity to many. In simple words, the blockchain is a cumulatively incrementing list of records identified by a cryptographic hash, a timestamp, and a transaction data. The crypto graphic hash is a unique number that identifies a particular transaction and this number can retrieve the transaction details with a single click at any point in time.

The blockchain is stored and managed in a peer-to-peer network not owned or governed by any single entity. Remember Torrent? The application that helped you download movies not from a server but from the local computers of other Torrent users. Every user in the Torrent network shared their disk to contribute to the file sharing globally. The blockchain is built on a similar concept where every participant of the protocol does their part in carrying over to the  next transaction.

Every block is validated and processed by the built in mining principles of the protocol. Some of these are Proof of Work and Proof of Stake which ensures each and every transaction to be legitimate and beyond reproach. Every transaction in the block is incentivized with a Token or  a Cryptocurrency.

The Blockchain can serve multiple purposes and based on these purposes it can be applied to achieve different business objectives.

1. Democratise Control: The inherent nature of the blockchain is a democracy. By the People, of the People, For the People. Since no one owns the block, no one controls it and no one regulates it. From the people's perspective, if you are waiting for your government or institution to setup a power sharing grid in your neighborhood, you should quickly move to the  blockchain instead.

2. Eliminate Fraud: Since every transaction over the block is unique and retrievable it can be used to swiftly eliminate fraud. Simple applications of such fraud elimination can be used to record digital advertisement impressions or to reward users for a digital activity. We will be looking at the digital marketing space in more details in the course of this article.

3. Immutable Digital Identity: In continuation of elimination of fraud, stems a branch application of digital identity you can apply to uniquely identify an individual or an asset. A record which cannot  be changed.

4. Cheaper Financial Transactions: Offcourse the most practical and straight forward use is to send & receive money using  the blockchain.

5. Topple Governments: This is for those inefficient government bodies to feel the threat and  work better.

Blockchain for Digital Marketing
Digital Marketing is roughly a 15-year old mature industry and like any other faces its inherent challenges. However, for these 15 odd years, the people have come to blindly believe in every digital action and have spent billions of dollars without any actual proof. Imagine Facebook or Adwords charging you $10 for every 1000 impression of your digital advertisement without you ever questioning them or asking for a proof of such  impression count?

Artificial impressions aren't trivial. They do more financial damage each year than the cost of an aircraft carrier and divert money to hackers. Exactly how much ad spend is wasted? Try $51 million per day or $19 billion by 2018, according to Juniper Research. And fraudulent advertising schemes are spreading like a virus to mobile, social and apps. 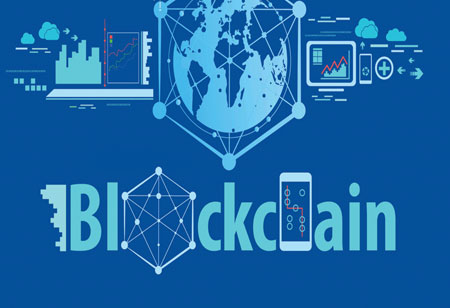 Adshares is the answer to negative trends in digital marketing. Lack of transparency allows intermediaries to charge high fees. Increasing centralization gives big players ability to censor controversial content. Adshares is building an open ecosystem that allows anyone to start offering adrelated services in a fair and  transparent market.

Another challenge has been where Digital content has been the subject of the easiest exploitation of imitation and copy. Although many tools offer to protect content from plagiarism the market has grossly failed to automatically incentivize original content producers.

Po.et is a tool that allows publishers to timestamp their digital works. Po.et uses blockchain technology in order to create digital ‘fingerprints' that can mathematially prove an article hasn't been altered or tampered with. Several digital media publishers are experimenting with the Po.et platform to establish that their article was first published by them. Going ahead, the next natural phenomenon would be to incentivize such publishers with Tokens whenever their content  is replicated.

A $200 billion dollar Loyalty Industry and a $7 billion Affiliate Industry has flourished without people questioning the accuracy of every reward paid. Some independent agencies have associated reward frauds to the tune of  $2 billion annually.

These are very specific and incumbent threats to the sanctity of the digital marketing industry and several new platforms have started addressing them in parts or whole.

Very soon the digital marketing space will become more transparent with the use of blockchain technology. Existing traditional players will need to consider blockchain as their next building block, else they will rapidly lose market share. The platforms mentioned here are not all that is being built, but definitely are the few first comers of such  disruptive innovation.