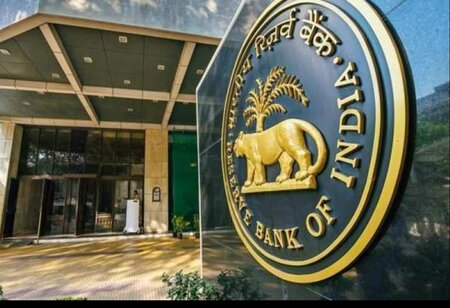 The formal constructing of quality targets into the fiscal consolidation paths will result in “setting fiscal policy with a human face” and the “silent revolution will be complete” if the emphasis is on quality over quantity, stated Reserve Bank of India (RBI) research.

“Institutionalizing quality considerations within fiscal management and discipline is the key in India,” as per the RBI study on fiscal framework and quality of expenditure in India.

“If the slant towards emphasis on quality over quantity in the conduct of fiscal policy can be institutionalized into a way of life, the silent revolution will be complete,” stated the RBI study. It has suggested quantifiable metrics for the quality of public expenditure, which also encircles upgrading the social infrastructure by investing in health, education and skilling.

“Apart from satisfying the ‘simplicity’ and ‘easily communicable’ norms of best practice expenditure rules, the formal weaving of quality targets into fiscal consolidation paths will result in setting fiscal policy with a human face,” it said. This may even counterbalance the pro-cyclicality bias of fiscal policy by assuring a steady level of provision of public goods of quality, the RBI added.

The RBI study also proposed to formally incorporate a RD-GFD (revenue deficit in the gross fiscal deficit) and a revenue expenditure to capital outlay (RECO) ceiling. “As regards the composition of expenditure, RECO ratio of not more than 5 and RD-GFD ratio of not more than 40 per cent for the general government (Centre plus states) is empirically found to be appropriate for a sustainable growth trajectory,” the central bank said.

The study also stated, even as Covid-19 engulfs the world in its deadly grip, leaving a trail of death and destruction in its wake, a renewed interest has been generated in the role of fiscal policy in pandemic times and in life beyond. Increasingly, the narrative is shifting out of the narrow confines of stimulus and consolidation thereafter to an enduring growth-friendly fiscal policy

It stated the Union Budget 2021-22 takes a step in this direction by attempting to reshape the composition of spending in favor of infrastructure, which is appropriate from the point of view of India’s requirement of investment of $1 trillion in the quest for a world class physical infrastructure.

The study further mentioned that there is a greater recognition now than ever before that in the drive to fiscal rectitude that inevitably follows a period of stimulus, growth-giving elements of the public spending have to be preserved and cultivated.

While Covid-19 has tested the limits of flexibility in fiscal policy frameworks in India as in the rest of the world, it has offered a unique opportunity to redefine fiscal policy in a manner that emphasizes ‘how’ over ‘how much’.