RBI Ups Repo Rate to 6.25% after Four-And-A-Half Years; Get Ready To Pay More on Your Home, Auto Loans Soon 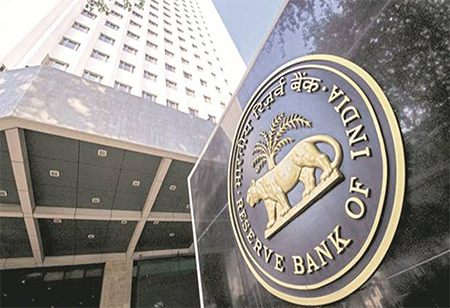 The RBI Monetary Policy Committee (MPC) opted for a token rate hike of 0.25 percentage point to 6.25 percent, contrary to majority consensus of a pause in the repo rate for now. This is the first rate hike after a period of nearly four-and-a-half years.

At the post-policy presser, Reserve Bank of India governor Urjit Patel repeatedly said that the central bank retains a ‘neutral stance’ on policy rates (means it can go either way as the situation demands) but will be cautious and vigilant on inflation numbers going forward The MPC is optimistic of investment activity picking up and expects GDP growth to be in the range of 7.5 percent to 7.6 percent in the first-half of the fiscal year, and 7.3 percent to 7.4 percent in the second-half. It wants the CPI inflation to average at four percent and remain within a band of two percent on either side.

Technicalities apart, the simple takeaway from all these statements is that the RBI doesn’t think the economy needs a rate cut boost, which is deemed essential for growth.

The RBI policy statement is not hawkish as most economists were expecting, hence the stock markets largely ignored the rate hike. The BSE Sensex ended some 276 points higher at 35,178.88 points. One can say with fair amount of certainty that this will not be the last rate hike this year. One can expect another 25-50 basis points hike in rates later in the year.

The problem area is likely to be the MPC's inflation projection. It expects CPI inflation for financial year 2018-19 to be at 4.8 percent to 4.9 percent in H1 (the first six months of the financial year) and 4.7 per cent in H2, including the HRA impact for central government employees. It is not clear whether the MPC has factored in the likely impact of minimum support prices (MSP) on inflation; there is no certainty as yet on how the scenario will pan out. Also, despite a forecast of a good monsoon, the final distribution pattern of monsoon rains in agriculture heavy states will also be tracked. If the MPC goes wrong in its inflation projection, it can very well advance a rate hike.

Another interesting point from the RBI presser -- Patel didn’t make his mandatory cautionary statement on central government finances. Also, there was no major mention about the fiscal situation anywhere.

In its April policy, the RBI had said that “in case there is any further fiscal slippage from the Union Budget estimates for 2018-19 or the medium-term path, it could adversely impact the outlook on inflation. There are also risks to inflation from fiscal slippages at the level of states on account of higher committed revenue expenditure.” But such commentary was absent in Wednesday's policy except for the impact of HRA revisions.

To a question on farm loan waives, Patel even seemed to play down the impact, saying loan waivers announced so far have been accounted in the budgets of the respective state governments. This is a bit surprising given that Patel has consistently used his press conferences to criticise loan waivers, citing the fiscal impact and the deterioration of the credit culture.

The impact of a 0.25 percentage point hike in the repo will soon be felt by the common man, as banks will now start hiking their lending rates.