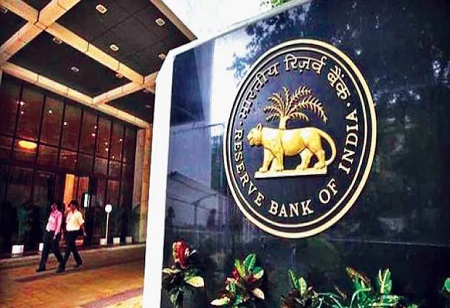 The Reserve Bank of India (RBI) on Monday announced an arrangement for domestic traders to settle imports and exports in rupees, a move experts said is aimed at facilitating trade with sanctions-hit Russia.

According to the central bank, this would promote global trade growth with an emphasis on exports from India and will support the increasing interest of the global trading community in the domestic currency. This comes amid the rupee touching record lows against the dollar. India’s trade with Russia stood at $13.1 billion in 2021-22.

Hailing the move, experts said it would expedite transactions between the two countries.

Following the sanctions, payments to any Russian entity, including those that haven’t been sanctioned, have been taking longer than usual because of enhanced due diligence.

According to A. Sakthivel, president of the Federation of Indian Export Organisations (FIEO), under the existing provisions of the Foreign Exchange Management Act, final settlements must be in free foreign exchange except for Nepal and Bhutan. Now, if RBI approves, the final settlement to all countries can be in the Indian rupee, Sakthivel said.

“Russian banks will have to open Vostro accounts in India, and whenever exports or imports take place, that account will be debited or credited, depending on the transaction," said a senior private sector banker, adding that this will only be possible for Russian banks that are not part of the OFAC sanctions list.

Enforced by the US Office of Foreign Assets Control (OFAC), the sanctions were implemented after Russia’s invasion of neighbouring Ukraine in February. Indian banks had long hoped that the government and RBI would work out an alternative payment mechanism, as was done when Iran sanctions were imposed in 2012 and again in 2018.

“It is a good move as far as India is concerned. Since we import more than we export, we will save foreign currency under the new arrangement. For instance, under normal circumstances, we would have had to pay Russia in dollars for oil purchases, which can now be done through the rupee-rouble route," said Madan Sabnavis, chief economist, Bank of Baroda.

Industry experts said the pressure on India’s forex reserves would diminish, a collateral benefit of the move to allow trade in rupees. In addition, the opening of this trade settlement route shows Russia’s importance as India’s trading partner in the face of increasing pressure from Western countries to cut links. That said, bankers believe this route will be restricted to Russia for the time being, and it is unlikely that other large trade partners would prefer settling transactions in rupees.

Others saw it as an extension to RBI’s announcements last week to enhance forex inflows and as a step to stabilize the rupee.

Economists at Barclays said the measures are aimed primarily at reducing the demand for foreign exchange for settlement purposes of current account-related trade flows.

“The new steps allow Indian exporters and importers to use special Vostro accounts denominated in rupees to settle their rupee-denominated trade invoices. This step can be particularly useful for neighbouring countries, and those countries willing to use the rupee as a base currency for trade diversification in their settlement rules," Barclays’ economists said in a note to clients on Monday.

Meanwhile, exporters are somewhat in the dark about how the policy will be implemented, including partner countries and the items that could be covered.

“Two of our biggest markets are Russia and Iran. Exports to Iran have been happening but via other countries; so, with RBI setting up a mechanism to settle trade transactions in rupees, the tea exports will grow to both these markets, which have not been fully exploited due to payment issues in the recent years," said Anshuman Kanoria, chairman of the Indian Tea Exporters Association.

Mint had earlier reported that the Vostro account set up for the purpose of trade with Iran had run dry as India was stopped from sourcing oil from Iran amid US sanctions. Exporters had said the payment problem in the Iran market restricted them from filling the space left vacant by Sri Lanka, which is in the middle of a severe financial crisis.

“With the new payment mechanism in place, India will be able to avoid sanctions placed on several countries such as Russia and Iran," said Vijay Kalantri, chairman and president of All India Association of Industries. Kalantri added that trade between Brazil, Russia, India, China and South Africa (BRICS) and South Asian nations would grow if India had rupee-rupee transactions, a long-standing demand from the industry.