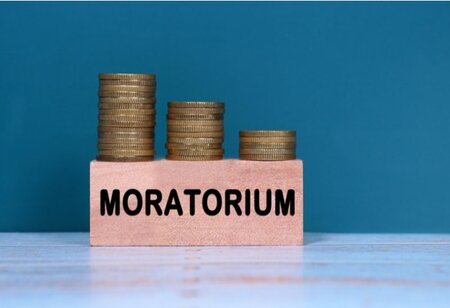 Lenders are set to classify as much as Rs.1.3 lakh crore of bad loans that exist in the system as non-performing assets (NPAs) and intensify recovery measures in the wake of the Supreme Court verdict that is concerned with the extending of loan moratorium. The SC decision on Tuesday will clear the way for lenders to classify NPAs as per the delinquency record of borrowers, which they had not been able to since the end of the moratorium period in August 2020 and the SC’s earlier directive not to classify defaults as NPAs.

Most lenders, however, had disclosed proforma NPAs and also made provisions against the same which may limit the immediate impact on profitability, analysts and rating agencies said. According to rating agency ICRA’s estimates, on a proforma basis, gross NPAs of the banks stood at Rs 8.7 lakh crore or 8.3 per cent of advances as against the reported NPAs of Rs 7.4 lakh crore (7.1 per cent) as on December 31, 2020. “Hence in the absence of standstill by the Supreme Court, the gross NPAs for the banks would have been higher by Rs 1.3 lakh crore (1.2 per cent),” said Anil Gupta, Vice President – Financial sector Ratings, ICRA.

On the SC’s decision that banks can’t charge on interest on interest, ICRA said, “the compounded interest for six-month of moratorium across all lenders is estimated at Rs 13,500-14,000 crore. The government has already announced relief for borrowers having borrowings up to Rs 2 crore which was estimated to cost Rs 6,500 crore to exchequer. With the announcement of waiver for all borrowers, the additional relief of Rs 7,000-7,500 crore will need to be provided to borrowers.” “SC stated that waiver of penal interest won’t be limited to borrowers up to Rs crore… need clarity on who might foot the bill,” investment bank Jefferies said.

Temporary measures like the moratorium introduced to tide over such exigencies like the pandemic, cannot be permanent measures or fixtures, and can only have a limited life- cycle for economic relief. The judicial machinery cannot go beyond its brief

“Banks are set to intensify the recovery measures following the SC verdict. Now banks can enforce legal steps for loan recovery,” said the senior official of a nationalised bank. “Standstill on recognition of NPAs had tied the hand of lenders and consequently impacted the credit discipline of borrowers. Withdrawal of the same will enable lenders to enforce various legal measures and support their recovery efforts,” Krishnan Sitaraman, Senior Director, CRISIL Ratings said. The Supreme Court verdict limiting interest on interest benefit to borrowers to the already announced moratorium period provides much needed clarity to lenders on these issues, he said.

According to Jefferies, the Supreme Court has ruled that it won’t extend the loan-moratorium period and will leave matters of policy to the government and the RBI. “This can abate overhang of extensions and lenders will downgrade loans and initiate recovery. So Q4 quarter can see higher downgrade and income reversal, but lenders have disclosed and provided for proforma NPAs.”

Anshuman Panwar, Co-Founder, Creditas Solutions, said, “It is a great and balanced decision by the Supreme Court. It ensures the payment culture of retail borrowers remains intact while at the same time providing them relief from the burden of additional interest.”

Meanwhile, among banks, State Bank of India alone reported highest proforma gross NPAs at over Rs 16,000 crore, followed by Punjab National Bank, Union Bank of India and Canara Bank. On the other hand, Yes Bank, ICICI Bank, Axis Bank and HDFC Bank accounted for the highest proforma NPAs among private banks. “However, majority of the banks have kept aside extra provisioning for NPAs that may arise in future, or else the provisions would have been lower than reported in December 2020 (on q-o-q basis provisions increased from Rs 54,000 crore in September 2020 to Rs 61,000 crore in December 2020),” Care Ratings said.

Other players, especially special situation funds, are waiting in the wings to tap the opportunities. “The SC verdict will throw up a lot of opportunities for special situation funds. A lot of leveraged companies who have an asset-liability mismatch will need to retenure their existing loans to match their cash flows,” said Eshwar Karra, CEO, Kotak Special Situations Fund, Kotak Investment Advisors.

“Temporary measures like the moratorium introduced to tide over such exigencies like the pandemic, cannot be permanent measures or fixtures, and can only have a limited life- cycle for economic relief. The judicial machinery cannot go beyond its brief,” Uttara Kolhatkar, Partner, J Sagar Associates.