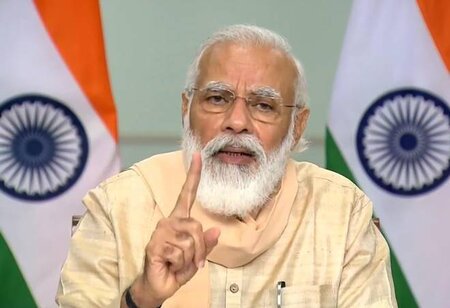 Renewable energy tops the list of changes the planet should make in any climate change issue to board off the worst consequences of rising temperatures. That's because carbon dioxide and other greenhouse gases that lead to global warming are not released by renewable energy sources such as solar and wind.

The virtual Third Global Renewable Energy Investment Meeting and Expo (RE-Invest 2020) will be inaugurated by Prime Minister Narendra Modi on 26 November 2020 at 5:30 PM. The summit is being organized by the Department of New and Renewable Energy and will take place from 26-28 November.

The theme for RE-Invest 2020 is 'Innovations for Sustainable Energy Transition'. A 3-day conference on renewables and future energy options and an exhibition of producers, entrepreneurs, investors and innovators will be held.

"It is expected to be attended by over 75 international ministerial delegations, over 1,000 global industry leaders, and 50,000 delegates. It aims to accelerate the worldwide effort to scale up development and deployment of renewable energy and connect the global investment community with Indian energy stakeholders," read a government statement.

The inaugural session will also be attended tomorrow by Raj Kumar Singh, Minister of State (IC) for Power and New & Renewable Energy, and Alok Kumar, Secretary of State for Business for Energy, UK.

The aim of this session is to put forward some of the Indian States' political leadership and intent-worthiness in the implementation of a better RE landscape and also to be a beacon for other states.