The Benefits of International Mergers and Acquisitions 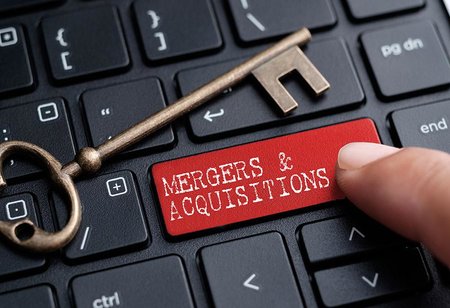 Creating a new business has now become easier when compared to the previous scenario. The biggest problem that every business and entrepreneur face is on how to develop and expand the company and after a certain point, it becomes even harder and tougher to grow. Often seen as one of the complicated topics in the business field are mergers and acquisitions. Yet it is one of the most efficient and effective ways to grow an existing or stagnant company. Even though these two terms are used synonymously on various occasions they are different in more than one way. When we look into the theoretical definition of both mergers and acquisitions one can easily identify the striking difference between the two. Simply defined when a merger happens between two organizations one firm will cease to exist and only a new firm that is formed as a result of the merger remains. When it comes to acquisition one company purchases only a portion of the other company and it may be the assets or a segment of the other company. The process of successfully completing a merger or acquisition is tedious and there are several steps involved in it.

1. A Preliminary Valuation: This is the first step of the process where an assessment of the target company is made and all the things related to the company will be scrutinized including the financial position, market presence, and future prospects.

3. The Exit Planning: After the target company gets the proposal from the acquiring company they will start planning on the right time to exit and they will also consider the option of a complete or partial sale.

4. The Marketing Phase: After finalizing the exit plan the target company will start on their marketing plan to increase the selling price.

5. The Agreement: In this phase both the companies will work on signing the final agreement.

6. Final Integration: In this final step the integration between the two companies is made.

1. Tax Advantages: Governments across the globe offer tax reduction at the time of a merger or acquisition. The Singapore government offers substantial tax reduction when a bigger company acquires a smaller company.

2. Easy Availability of a Fresh and Skilled Workforce: Mergers and Acquisitions allow the acquiring company to have the command and control over a new set of skilled workforce.

3. A Cheaper Alternative for Development: Compared to other options for development and expansion like building new plants or buying new assets mergers and acquisitions is a much cheaper variable.

4. The Option of a Diversified Portfolio: This is one of the biggest advantages of mergers and acquisitions in which the new company can add a wider range of services to its portfolio which will later help in getting access to a larger market share.

5. The Added Possibilities of Entering a New Market: Entering a new market is often considered hard and tedious by many companies and through mergers and acquisitions one company saves a lot of time and money when entering a new market. The additional advantage is that the company that has been purchased has a brand name in the market along with its own customer base.

When done correctly with proper research and groundwork mergers and acquisitions offer the possibility of further expansion and development for companies.