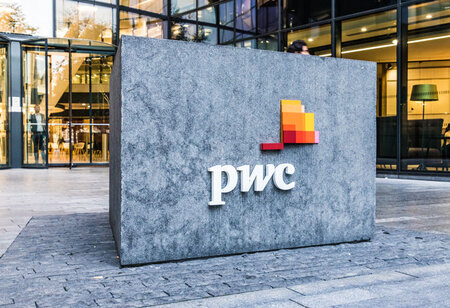 A new survey of 32,500 workers in 19 countries paints a picture of a global workforce that sees the shift to remote working as just the tip of the iceberg. Reflecting the fact the pandemic has accelerated a number of workforce trends, 60 percent are worried that automation is putting many jobs at risk; 48 percent believe 'traditional employment won't be around in the future' and 39 percent think it is likely that their job will be obsolete within 5 years.

However, this is not a counsel of despair, as 40 percent of workers say their digital skills have been improved through the prolonged period of lockdown, and claim they'll continue to embrace training and skill development. 77 percent are 'ready to learn new skills or completely re-train' and 74 percent see training as a matter of personal responsibility. And, 80 percent are confident they can adapt to new technologies entering their workplace, with a large majority of those asked in India (69 percent) and in South Africa (66 percent) saying they are 'very' confident.

In addition, 49 percent of respondents are focused on building entrepreneurial skills with an interest in setting up their own business.

On top of that, the survey found there are disparities in access to upskilling opportunities. While 46 percent of people with postgraduate degrees say their employer gives them many opportunities to improve their digital skills, just 28 percent of people with school-leaver qualifications say the same. Industries like retail or transport, which are most at risk of disruption, score just 25 percent and 20 percent respectively; while banking scores 42 percent.

"If current patterns in access to training persist, upskilling will increase social inequality when it should be doing precisely the opposite," said Bhushan Sethi, Joint Global Leader of PwC's People and Organization Practice. "Government and business leaders need to work together to intensify efforts to ensure people in the most-at risk industries and groups get the opportunities they need. Automation and technological disruption are inevitable, but we can control whether its negative effects are managed or not."

Younger people more focused on maximising income than 'making a difference' if forced to choose
Three-quarters of workers globally (75 percent) say they want to work for an organisation that will make a 'positive contribution to society.' This feeling was especially acute in China (87 percent), India (90 percent), and South Africa (90 percent).

However, economic insecurity is limiting people's ability to pursue purpose driven careers, with younger people particularly affected. Overall, 54 percent of those polled said, if forced to choose, they would prefer a job that enabled them to 'take every opportunity to maximise their income' over a job that 'makes a difference' (46 percent).

Interestingly, those between 18 and 34 are more likely than other generations to prioritise income over purpose in their job with 57 percent prioritising 'maximising their income' over 'making a difference' (43 percent), a margin of 14 points. Those over 55 prioritise making a difference by a margin of 8 points, which rises to 22 points amongst workers over 65.

"As the world continues to grapple with a global health crisis and economic uncertainty, we've seen workers come to demand more from the business community, expecting their employers to make a positive contribution to society," said Peter Brown, Joint Global Leader of PwC's People and Organization Practice. "Fortunately, focusing on societal impact and maximising profit are not mutually exclusive, and being a purpose-led business can actually help boost your bottom line."

Employees want the option to work remotely moving forward
The survey concludes that remote working will persist post-lockdown. Of those who can work remotely, 72 percent of say they prefer a mixture of in-person and remote working, with only 9 percent stating they'd like to go back to their traditional work environment full-time. This is particularly true of professionals, office workers, business owners and the self-employed, all of whom are able to perform their jobs remotely using technology. Home working need not be limited to professional jobs. 43 percent of manual workers and 45 percent of semi-skilled workers say there are many elements of their job that they are able to do remotely.

People's attitudes to working from home also change by location, providing further evidence of how the pandemic has increased the global digital divide. Workers in metropolitan areas (66 percent) are more likely to work in roles that could allow remote working than those who live in rural areas (44 percent).

Workers torn on privacy and technology
44 percent of workers globally would agree to let their employer use technology to monitor their performance at work including sensors and wearable devices, with 31 percent against. However, many would not go as far as allowing their employers access to their personal data. 41 percent of respondents said that they were unwilling to give their employer access to their personal data including social media profiles, with only 35 percent willing.