Over 2-billion US dollar increase in currency assets pushes forex reserves to $631.9 billion 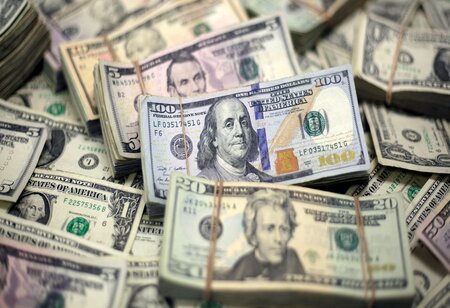 The nation’s foreign exchange reserves have gained a healthy $2.198 billion to reach $631.953 billion during the week ended February 4, according to weekly RBI data.

During the previous week ended January 28, the forex kitty had recorded a decline of $4.531 billion to reach $629.755 billion. The reserves had touched a lifetime high of $642.453 billion in the week ended September 3 last year.

According the data from the Reserve Bank of India (RBI) released on Friday, during the reporting week, the surge in the forex reserves was on account of a rise in the FCA.

A major component of the overall reserves, the foreign currency assets (FCA) posted an increase of $2.251 billion to reach $568.329 billion in the week ended February 4.

Expressed in dollar terms, the FCA include the effect of appreciation or depreciation of non-US units like the euro, pound and yen held in the foreign exchange reserves.

Meanwhile, gold reserves moderated by $210 million to $39.283 billion in the reporting week, the RBI data showed.

The special drawing rights (SDRs) with the International Monetary Fund (IMF) saw a rise of $98 million to $19.108 billion, as per the RBI.

India’s reserve position with the IMF rose by $59 million to $5.233 billion in the reporting week, as per the data.

Higher forex reserves are a big cushion in the event of any crisis on the economic front and enough to cover the import bill of the country for a year. It also helps the rupee strengthen against the US dollar.

A rise in reserves will provide a level of confidence to markets that a country can meet its external obligations, demonstrate the backing of domestic currency by external assets, assist the government in meeting its foreign exchange needs and external debt obligations, and maintain a reserve for national disasters or emergencies.

A fall in forex reserves, however, may cause issues for the government and the RBI in managing the nation’s external and internal financial issues.