RBI has Mandated all PPIs and Wallets to be made Interoperable by March 31, 2022 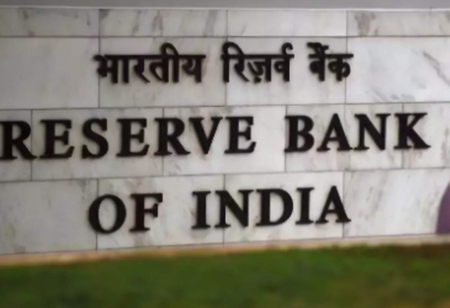 The Reserve Bank of India (RBI) has mandated that all prepaid payment instruments (PPIs) or wallets that are fully KYC-compliant be made interoperable by March 31, 2022. The central bank announced this through a notification issued late on Wednesday. “It shall be mandatory for PPI issuers to give the holders of full-KYC PPIs (KYC-compliant PPIs) interoperability through authorized card networks (for PPIs in the form of cards) and UPI (for PPIs in the form of electronic wallets),” the notification said.

The requirement of submitting data on cash withdrawals to the RBI mentioned has been dispensed with. Interoperability shall be mandatory on the acceptance side as well and it will be enabled by March 31, 2022. PPIs for mass transit systems (PPI-MTS) shall remain exempted from interoperability, while gift PPI issuers have the option to offer interoperability. As announced during the last monetary policy review on April 7, the notification increased the maximum amount outstanding in respect of full-KYC PPIs to Rs 2 lakh from Rs 1 lakh.

The notification also laid down the rules for enabling cash withdrawal from full-KYC PPIs issued by non-banks. There will be a maximum limit of Rs 2,000 per transaction with an overall limit of Rs 10,000 per month per PPI. All cash withdrawal transactions performed using a card or wallet shall be authenticated by an additional factor of authentication (AFA) or PIN. Issuers offering withdrawals shall put in place proper customer redressal mechanisms. They will also be required to put in place a suitable cooling period for cash withdrawals upon opening the PPI or loading or re-loading funds into the PPI to mitigate the risk of fraudulent use.

The cash withdrawal limit from points of sale (PoS) terminals using debit cards and open system prepaid cards issued by banks has also been rationalized to Rs 2,000 per transaction within an overall monthly limit of Rs 10,000 across all locations. Earlier, withdrawals via this mode were capped at Rs 1,000 for tier I and II centers and Rs 2,000 for other centers. The requirement of submitting data on cash withdrawals to the RBI mentioned has been dispensed with.

Industry players have earlier lauded these moves, saying that interoperability might help wallets claw back the space they had lost to banks and other players with the rise of Unified Payments Interface (UPI) and the new KYC requirements.

Last month, RBI had said interoperability, cash withdrawals, and opening the use of RTGS and NEFT to non-banks was aimed at achieving parity between the two sets of entities. Then the executive director and now deputy governor T Rabi Sankar had said, “The idea behind allowing cash withdrawals, etc from non-bank PPI issuers is essentially to level the playing field between banks and non-banks, and also achieve the comfort that it reduces the need to hold cash. The fact that a PPI holder has this comfort that I can whenever I want to access cash reduces the actual need to hold cash. That, we believe, will give a big fillip to digitization in the system.”

Shilpa Mankar Ahluwalia, partner – fintech, Shardul Amarchand Mangaldas & Co, said, “RBI has made four key changes that will create a much greater level playing field between bank and non-bank PPI issuers. These quasi-bank payment features will enable much wider usage and penetration of PPIs pushing the growth of digital payments.”

Industry players have earlier lauded these moves, saying that interoperability might help wallets claw back the space they had lost to banks and other players with the rise of Unified Payments Interface (UPI) and the new KYC requirements. There is also a view that non-banks will thus be able to effectively compete for micro-savings from the under-banked segments.