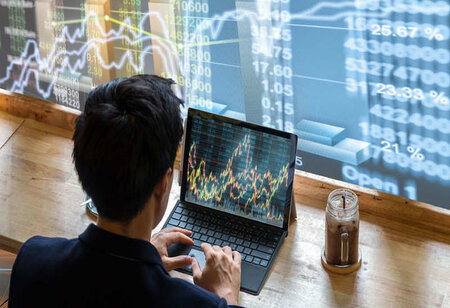 Despite a dip in global technology spending amid the covid19 pandemic, the country's information technology sector is set to post a 2.3 per cent rise in its revenue to USD 194 billion in the current fiscal, the National Association of Software and Service Companies (Nasscom) said on Monday. The industry added 1.38 lakh people to its workforce on a net basis during the year which took the total number of employees to 44.7 lakh, Nasscom said in its review of the current financial year which is ending on March 31st.

Over the past few years, the industry has been clocking a revenue growth in higher single digits or double digits as the demand for IT services in a digitising world continues to grow. However, the pandemic led to a sharp dip in growth hitting tech spend while the lockdown also led to concerns over delivery as work shifted from campuses to homes.

Nasscom's President Debjani Ghosh said the industry reworked its models amid the lockdowns and ensured that work continues to get delivered as per schedules, and IT is now the first sector to call out a revival post pandemic. "We have emerged more resilient and more relevant from the crisis. We have been the bellwether to lead the fight against Covid," she said. Exports for the fiscal year ending March 2021 are set to grow 1.9 per cent to USD 150 billion while domestic revenues are projected to rise at a faster clip of 3.4 per cent to USD 45 billion, the industry lobby group said.

The only segment which de-grew during the fiscal year is engineering and research and development where revenues were down 0.2 per cent to USD 31 billion. The e-commerce segment will see a 4.8 per cent growth in revenues at USD 57 billion on the back of a 82 per cent jump in e-tail even as there will be a 75 per cent de-growth in e-travel sub-segments, as per Nasscom.

Nasscom said there was a 3.2 per cent decline in global tech spend on the back of a 3.5 per cent contraction in the global GDP. The IT industry now delivers 8 per cent of Indian GDP, contributes to over half of services exports and 50 per cent of the foreign direct investment, it noted. The domestic industry players filed 1.15 lakh patents in FY21 in India and 8,000 in the US while 1,600 new startups were added during the same period, taking the total number of such tech companies to 12,500.

In terms of outlook, Nasscom pointed to some of the listed companies mentioning about a pipeline of over USD 15 billion while a survey of 100 chief executives also painted a positive picture. As per the survey findings, 71 per cent of the respondents are expecting a significantly higher tech spend in 2021 and 95 per cent of the CEOs said their hiring will be higher than the 2020 levels during the new year.

Ghosh said Nasscom has identified artificial intelligence, Internet of Things and cyber security as the focus areas which will hold the sector in good stead going forward. A fourth of the Indian workforce is digitally skilled, which will make it possible to take on the newer opportunities in the upcoming areas, she said. From a human resources perspective, Ghosh said a hybrid model which involves working from both homes and offices is the clear future but said it will be very difficult to peg a number on the same.

Nasscom will be coming out with a framework in the next six months on such a delivery model, after consultations with the industry and the government, she said, adding that there are aspects on taxation and labour laws which need to be sorted. Ghosh said there may be an increase in gig economy workers going ahead as the hybrid model becomes more prevalent but made it clear that Nasscom's role is not to chase this growth and the body will focus on skillsets for the workers.

When asked about the future of the huge campuses from where industry players operate, Nasscom's Chairman Pravin Rao did not give a clear answer but added that offices will be important from culture-setting and also innovation perspective. Rao, who is the Chief Operating Officer of Infosys, said Nasscom expects better policies from the newly inaugurated President Joe Biden-led administration in the industry's key market of the US with easier immigration norms.

The Biden administration has already put-on hold some of the earlier decisions taken by the Trump administration on immigration, and Nasscom expects fruitful consultations on the same once the officials settle down, he said, hinting that there will be an increase in people being sent to the US but it may be the ones with higher experience. The body said there has been a 4 per cent jump in offshoring during FY21 as the pandemic led to a shift in working from home, making the physical location of an associate less important.

There has also been a 10 per cent shift to outcome-based pricing models as against the earlier practice of fixed pricing of contracts based on man hours. Rao said this reflects a confidence within the industry to effectively demonstrate its capabilities and added that this is because pilot projects are moving to full-fledged implementation.