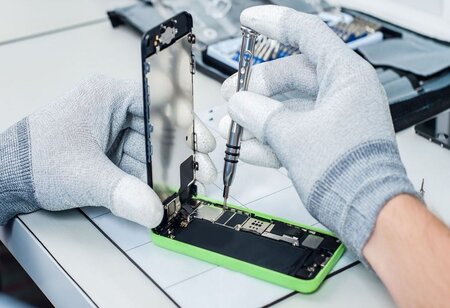 According to sources familiar with the situation, as many as 12 international and domestic businesses have filed initial investment offers to the Department of Telecommunications (DoT) under the telecom products' Production-Linked Incentive (PLI) plan.

All these companies fall under the non-micro, small and medium enterprises segment and will be required to make a minimum investment of Rs 100 crore. In February this year, the Central government had cleared an Rs 12,195-crore PLI scheme for domestic manufacturing of telecom and networking products such as switches, routers, radio access network, wireless equipment and other internet of things (IoT) access devices.

The working guidelines for these companies were notified on June 3. As per the norms, the year 2019-2020 will be considered the base year to calculate incremental sales for the PLI scheme, which is scheduled to run from April 1 this year to March 31, 2026.

Though the government has agreed to consider the expenditure incurred on plant and machinery as investment for determining eligibility for the incentives under the PLI scheme, it has also limited the amount of the funds the companies can spend on Research and Development (R&D) as well as technology transfer.

While the expenditure incurred on R&D cannot exceed 15 per cent of the total investment committed by the companies, the money to be spent on technology transfer cannot exceed more than 5 percent, as per the norms.

The idea behind capping the investment on R&D as well as technology transfer, a senior DoT official said, was to ensure “incremental production” over the next five years.

“The priority right now in this PLI, as well as others, is incremental sales and production. While R&D is good for the long term, the immediate requirement is to make sure companies invest in production lines,” an official said.

Any investments in R&D will yield results only in the long run, which is not what the telecom ministry wants right now, other officials said.

“Only those investments, which are done after April 1 this year, will be considered. And, there was a demand from the industry that they would need some help in the R&D as well as transfer of technology. So, if companies, on their own, spend more on R&D instead of focusing on production, the result will take much longer to come,” one of the officials said.

The telecom ministry is also unlikely to accept the demand of the industry to push the base year for consideration of incentives under PLI to 2020-2021 from 2019-2020, the officials said.

“The industry had been kept in loop all through the designing of the scheme. They knew very well when the scheme would start, when it would end and what the various investments that would be considered are. We feel that there would be no need for extension of the scheme’s deadlines right now,” an official said.