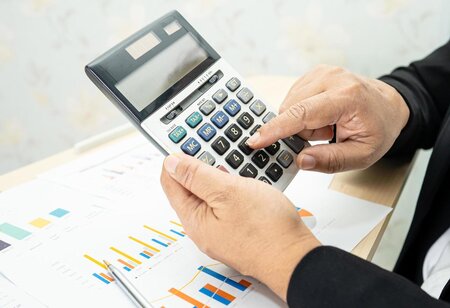 Continuing foreign inflows –USD 8.1 billion YTD — has driven up the valuation premium of MSCI India index past 55 percent and 12 percent against MSCI Emerging Markets and MSCI World indices, respectively, by mid-June, according to a brokerage report.

The valuation premium of the MSCI India index has reached 55 per cent and 12 per cent by mid-June as against the MSCI Emerging Markets and MSCI World indices, as also much higher than the five-year average premium of 45 per cent and 8 per cent, respectively, the report noted.

We expect the valuation premium to remain at elevated levels, as it offers one of the fastest growth in the region, Credit Suisse Wealth Management India said.

It attributed the same to the robust FPI inflows USD 8.1 billion so far this year and USD 2.3 billion since May, and improving corporate fundamentals like balance sheet health and higher return on equities.

It is extremely critical that the country avoids a harsh third wave by accelerating its vaccination drive in the coming months. If it manages to vaccinate its population faster, the higher-than-average valuation premium for India may sustain given the marked improvement in corporate leverage and return ratios, its India equity analysts Jitendra Gohil and Premal Kamdar said in a note.

The optimism is also backed by the good progress of the all-powerful monsoon that has already been 25 per cent in excess in June so far and the improving mobility indicators.

We continue to expect a sharp recovery in the second half, partly supported by the rub-off effect of the opening up of the global economy, and the easing of supply chain bottlenecks along with pent-up demand, analysts noted.

But they see the racing inflation numbers both in the US as well as in India as upside risks, which may force the monetary authorities to turn the liquidity taps.

Also, if the dollar appreciates sharply, there is a risk of foreign portfolio investors pulling out, “but in our view, given India’s improving fundamentals, FPI outflows would be limited and much lower than during the taper tantrum in the summer of 2013,” Gohil and Kamdar said.

After outflows in April, FPIs’ net purchase of equities in May and June so far was USD 2.3 billion, taking year-to-date inflows to USD 8.1 billion. In the next few weeks, the domestic market may remain susceptible to some profit booking, especially from FPIs.

However, outflows will be limited as India’s underlying fundamentals have strengthened and the expectation of faster vaccination and opening up of the economy will keep buying interest high on corrections. Hence, we continue to remain positive on India.

Linking a quicker economic recovery solely to speedy vaccination, they said the steep decline in the daily new cases and a pick-up in vaccination drive suggest regulatory restrictions could be eased further, and the economic recovery could be quicker and this could lead to a 200 bps upside surprise to the consensus GDP growth projection of 9.7 per cent.