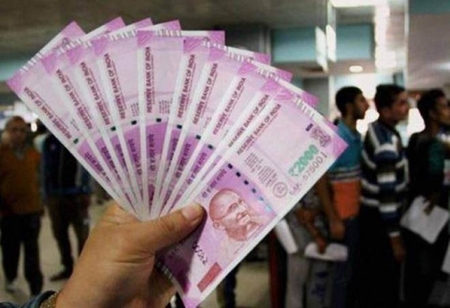 FDI equity in India rose 19% year-on-year last fiscal to a record $59.6 billion despite the onslaught of the pandemic. However, such inflows, which had jumped as much as 40% between April and December, seem to have lost some momentum in the March quarter.

The gross FDI inflows — which include FDI in equity, reinvested earnings, the equity capital of unincorporated bodies, and other capital rose 10% year-on-year to an all-time high of $81.7 billion in FY21, showed the data released by the commerce and industry ministry on Monday. The gross FDI, too, had risen by a healthy 22% up to December last fiscal before easing in the March quarter.

Despite some moderation in the March quarter, the inflows last fiscal remained very encouraging, given the devastation and disruption caused by the pandemic across the globe. A spike in the cases in key states like Maharashtra in the second wave (in March) and some curbs on movement may also have weighed on the inflows.

Going forward, the bigger worry for FDI inflows, especially in the June quarter, would be the severity of the second wave and local lockdowns imposed by certain states to control the Covid-19 surge. Interestingly, inflows last fiscal year were greatly boosted by those into the digital sector. Analysts have already pointed out that a sizable chunk of the FDI was drawn by Reliance Jio alone.

The FDI inflows take place at a time when domestic private investments have remained elusive in recent years. Investments remain critical to the country’s economic resurgence, as private consumption has been badly bruised by income losses in the aftermath of the pandemic.

In fact, according to a report by Unctad in January, India, and China were two major “outliers” in a gloomy year for FDI, as global inflows plunged 42% on year in the calendar year 2020 to $859 billion, the lowest level since the 1990s.

While India witnessed a 13% year-on-year rise, the highest among key nations, in FDI inflows in 2020, China’s rose 4%. Of course, in absolute terms, China remained way ahead, with an inflow of as much as $163 billion, while India’s stood at $57 billion. Singapore remained the top FDI source, accounting for 29% of the inflows last fiscal, followed by the US (23%) and Mauritius (9%).

Computer software & hardware emerged as the top sector, with a 44% share in total FDI equity inflows, followed by construction (infrastructure) activities (13%) and services sector (8%). Reliance Jio, Gujarat was the top recipient of FDI (78%), while Karnataka and Delhi made up for 9% and 5%, respectively.

Sectors, such as construction (infrastructure) activities, computer software & hardware, rubber goods, retail trading, drugs & pharmaceuticals, and electrical equipment have recorded more than 100% jump in FDI equity in FY21. Among the top FDI sources, inflows from Saudi Arabia saw the highest jump—from a mere $90 million in FY20 to an impressive $2.8 billion last fiscal. Inflows from the US, too, jumped 227%, and those from the UK 44% in FY21.