Ministry of Finance: PFRDA assets under management have crossed Rs 6 lakh crore under NPS and APY 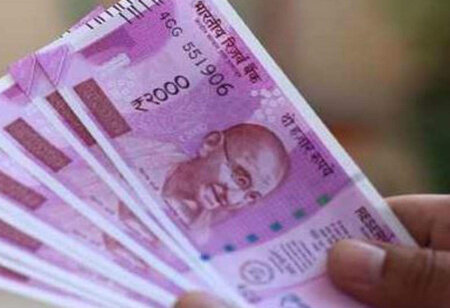 The Pension Fund Regulatory and Development Authority (PFRDA) has said its assets under management have crossed Rs 6 lakh crore under the National Pension System (NPS) and Atal Pension Yojana (APY) after 13 years. The AUM growth of the last Rs 1 lakh crore has been achieved in just seven months.

The PFRDA is the statutory authority that regulates, promotes, and ensures orderly growth of the National Pension System (NPS) and other pension schemes.

"As of 21st May 2021, the total number of subscribers under NPS and Atal Pension Yojana has crossed 4.28 crore and the Asset under Management (AUM) has grown to Rs 603,667.02 crore," a finance ministry statement said.

The PFRDA has seen remarkable growth in NPS subscribers over the years with 74.10 lakh government employees in the scheme and 28.37 lakh individuals joining from the non-government sector, the finance ministry said. The total subscriber base of PFRDA has increased to 4.28 crore.

PFRDA chairman Supratim Bandyopadhyay said, "We feel immensely gratified at reaching this milestone of Rs 6 lakh crore AUM, and in less than seven months as we were at Rs 5 lakh crore in October 2020."

He added that a growing realization during this pandemic is the priority accorded by individuals to retirement planning, for preserving their financial well-being. The NPS was notified for central government employee recruits in 2004 and subsequently adopted by almost all state governments for its employees. The scheme was extended to all Indian citizens on a voluntary basis and to corporations for its employees.