India's First Green Hydrogen Plant to be Built by IndianOil 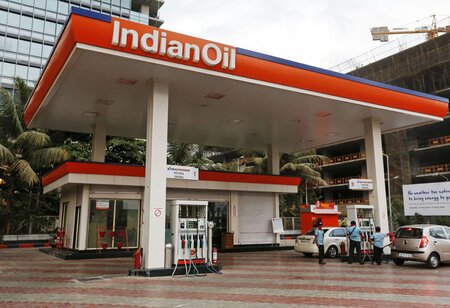 The firm has a wind power project in Rajasthan and plans to wheel that power to the Mathura refinery to generate green hydrogen from water electrolysis.

“Mathura has been selected because of its proximity to TTZ (Taj Trapezium Zone), the Green hydrogen would replace carbon-emitting fuels used in the refinery to process crude oil into value-added products such as petrol and diesel,” stated IndianOil chairman Shrikant Madhav Vaidya.

The Government of India sees hydrogen as the next big sunrise segment for the nation. India would see a five-fold growth in hydrogen demand by 2050, as per a report by The Energy and Resources Institute (TERI).

Recognizing hydrogen as an emerging energy vertical, IndianOil has drawn a strategic growth path to focus on its core refining and fuel marketing businesses while making bigger inroads into petrochemicals, hydrogen, and electric mobility over the coming ten years. To reinforce its hydrogen capabilities, in February it inked a MoU with Greenstat Hydrogen India, a subsidiary of Greenstat Norway, to build a Centre of Excellence on Hydrogen.

Vaidya mentioned, “Forecasts by various agencies sees Indian fuel demand climbing to 400-450 million tonnes by 2040 as against 250 million tonnes now. This demand surge offers enough legroom for all forms of energy to co-exist. And, while exploring the multiple energy avenues, environmental conscience would be a critical priority for IndianOil. We are pushing ahead with research on carbon capture, utilisation and storage technologies.”

Hydrogen mobility
IndianOil R&D Centre is accepting cutting-edge research in all facets of hydrogen, including production, storage and applications like fuel cells. It lately builds a compact reformer plant in Delhi to produce H-CNG and carried out a six-month trial run of 50 buses on the blended fuel.

“Our HCNG experiment in Delhi, wherein we converted 50 CNG BS-IV buses to run on HCNG fuel, has revealed significant benefits in reducing exhaust emissions and improving the fuel economy. Also, with the support of the MoPNG, IndianOil is in the process of setting up one-tonne-per-day capacity pilot plants based on four innovative hydrogen production technologies, and we would also be operating 15 fuel cell buses in the Delhi NCR region along with Tata Motors,” Vaidya stated.

IndianOil also intends to allow hydrogen mobility in Gujarat. It would generate available the surplus quantities of hydrogen available at the Gujarat refinery with a hydrogen dispensing facility for fuel cell electric vehicles. Originally, this facility would be refuelling 25 buses per day with a ramp-up capability to refuel 75 fuel cell buses per day. The project is likely to be operational soon, running the first set of buses from Gujarat Refinery to the Statue of Unity and other iconic sites in the vicinity.