India is One of the Few Economies that Witnessed Growth for Two Quarters in a Row, Says the Reports 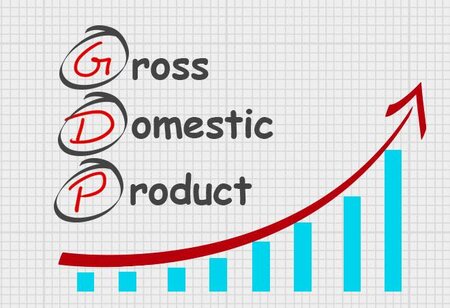 India is now one of the few economies in the world to have had positive year-on-year growth in the previous two quarters, as the country's GDP increased by 1.6 percent in the January-March quarter of fiscal 2021. According to the Department of Economic Affairs' recent report titled 'Monthly Economic Review 2021,' stronger economic growth during the fourth quarter may be connected to the economy's unlocking and resurrection in business and consumer confidence that occurred during the period.

During the fourth quarter, the growth in terms of the output was broad-based across sectors. The agriculture, industry, and services sector witnessed positive year-on-year growth during the January-March quarter. Additionally, the industrial sector grew at an 11-quarter high of 7.9 per cent supported by the higher output in manufacturing (at 6.9 per cent), electricity, gas, water, utility services (at 9.1 per cent) and construction (at 14.5 per cent). The agriculture sector grew by 3.1 per cent in the fourth quarter of fiscal 2021.

The report stated that the economy witnessed a significant pick-up in investment and consumption-both government and private, in the last quarter of the financial year, compared to the preceding three quarters. Private consumption, which is the main driver of the economy, accounting for 60 per cent of the GDP, registered a year-on-year growth of 2.7 per cent in the fourth quarter.

Investments measured as gross fixed capital formation or GFCF grew at a seven-quarter high of 10.9 per cent in the January-March quarter. The overall economic recovery was supported by gradual unlocking and the normalization of activity manifested in the growth of private consumption.

However, the severity of the second wave of COVID-19 pandemic posed a downside risk to the momentum of the economic recovery. Noting this, the Reserve Bank of India (RBI), in its second bi-monthly Monetary Policy Committee (MPC) meeting, trimmed the real GDP growth for the financial year 2021-22 to 9.5 per cent.