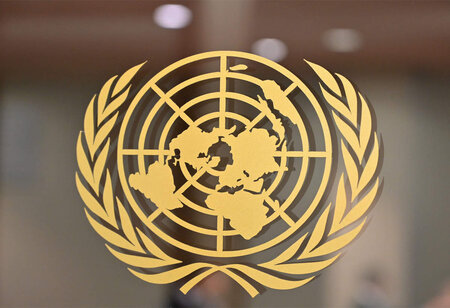 The United Nations predicted that India's economy would rise at 10.1 percent in 2022, making it the world's fastest growing major economy, but warned that the growth outlook for 2021 was 'highly fragile' because the country was the latest hotbed of the pandemic.

The United Nations, in its mid-year update of the World Economic Situation and Prospects (WESP) which was first released in January 2021, projected that the Indian economy would grow at 10.1 per cent in the calendar year 2022, nearly double the 5.9 per cent growth forecast for the country in the January report.

The mid-year update said that India will register a 7.5-per cent growth rate in calendar year 2021, after an estimated contraction of 6.8 per cent in 2020.

The mid-year update provides an upward revision for growth projections for India from the UN forecasts released in January.

The January World Economic Situation and Prospects report had estimated that the Indian economy will contract by 9.6 per cent in 2020, and projected a 7.3 per cent growth rate in 2021 and a 5.9 per cent GDP growth in 2022.

The report however noted that the growth outlook is "bleak" for a large number of countries in Africa, South Asia as well as Latin America and the Caribbean, where the pandemic is still raging.

“India, with daily new infections averaging over 300,000 during the third week of April, is now the new hotbed of the pandemic. The worst is far from over for Brazil, Argentina, Peru, and Colombia," it said, adding that for a vast majority of developing countries, economic output will remain below 2019 levels for most of 2021.

The mid-year update noted that South Asia -- already one of the hardest hit regions in the world -- will experience the Covid-19 crisis well into 2021.

“While a few smaller countries in the region have managed to roll out vaccinations, the largest economies continue to struggle to contain the increasing waves of infections," it said.

Economic growth in South Asia will return in 2021 at 6.9 per cent against a 5.6 per cent drop in 2020, but the recovery will be very uneven, and the scarring effects will run deep, it said.

“Indeed, South Asia's regional economic growth in 2021 will still be insufficient to undo last year's 6.7 per cent loss in GDP per capita. Many of the region's households that have fallen into extreme poverty will thus remain trapped in their precarious condition,” it said.

Cautioning that risks are furthermore “exceptionally high” for the region, the report said South Asia was already lagging in economic performance before the pandemic, with regional economic growth as low as 3.1 per cent in 2019.

According to the World Economic Situation and Prospects mid-2021 report, following a sharp contraction of 3.6 per cent in 2020, the global economy is now projected to expand by 5.4 per cent in 2021, reflecting an upward revision from the UN forecasts released in January.

“Amid rapid vaccinations and continued fiscal and monetary support measures, China and the United States – the two largest economies – are on the path to recovery.”

While the global growth outlook has improved, led by robust rebound in China and the US, surging Covid-19 infections and inadequate vaccination progress in many countries threaten a broad-based recovery of the world economy, it said.

“Timely and universal access to Covid-19 vaccinations will mean the difference between ending the pandemic promptly and placing the world economy on the trajectory of a resilient recovery, or losing many more years of growth, development and opportunities.”

The pandemic pushed some 58 million women and girls into extreme poverty, dealing a huge blow to poverty reduction efforts worldwide, and exacerbated gender gaps in income, wealth and education, impeding progress on gender equality, said Hamid Rashid, Chief of the Global Economic Monitoring Branch at the UN Department of Economic and Social Affairs, and the lead author of the report.