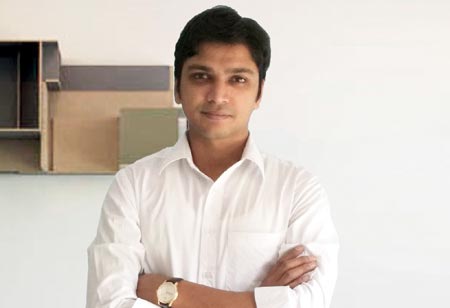 Through his unique initiative Youth4work Rachit aims to Help ‘Identify' , 'Improve' & 'Showcase' talents of every person on the planet.

Development happens through jobs. They allow families to escape poverty, individuals to develop skills, and excluded groups such as women & youth to gain economic independence. India's Youth population estimated 25percent of the total population which is 1,266,883,598. The demographic dividend shows that more than 30 percent of India's youth are seeking jobs and only 5.04 percent of them are gaining employment. This trend is particularly worrisome as the country has one of the world's biggest youth population.

I strongly believe that there has been a significant lapse in the entire ecosystem of education highlighting deplorable level of employability skills. The frequent claims of many institutes in the county to prioritise the creation of work ready graduates usually come across as hollow cliches, as there is little or no material impact on what they deliver to students on practical grounds. India's economic growth in the second quarter (July-September) is 6.3 percent even after the best of projective claim to be 7.7 percent.

"The growth and development of people is the highest calling of leadership, and that is how this country will be on the path to literacy and true sovereignty"

The Skill India Programme was launched on July 15, 2015, for Young India to create opportunities, space and scope for the development of the talents of Indian Youth. Since then, the anticipation of the ecosystem has been improved with great synergies and procedures across all departments and organisations. The consequential question arises here is Can Skill India Programme provide enough jobs to even 20 percent of the total population who demands jobs? Can India become the Skill Capital of the world as promised?

Holding the basic degrees, millions of job seekers enter the market every year. Still it is not sufficient to get employment. The availability of the workforce in India is much more than in any country. Empowering women, up skilling youth, decreasing workforce in the agriculture sector has grew the need of jobs. In this globalized world, where knowledge and competition is growing each day there is an immediate need for jobs. Skill training is not a bigger problem than the uneducated, untrained people looking for jobs. But where are the Jobs? The plague of white collar jobs and the undervaluing the skill development has left today’s youth in a dilemma.

The intensify problem is the growing skill gap between the industry standards and the skills the freshers are equipped with. The government's flagship skilling scheme, PMKVY, is still struggling to achieve the end results. The competition of the entry level jobs has become tougher and it is not decreasing in anytime soon now. Addressing these concerns of employers, students and educators, we need to materialise digital intelligence to bring about a paradigm shift by positively impacting the skilling ecosystem in the contemporary world. E.g. How awesome would it be to have a large pool of tested and ranked 1 million people for ‘Core Java' skill across all experience ranges (Fresher, Middle, Senior) across degrees (B.Tech, BCA, B.Sc.) and locations across PAN India?

We, at Youth4work have risen as juncture for companies to identify people with the right skills and qualities to fit in the roles and contribute fruitfully to the organisation’s success. We are building intelligence for all skills across all domains including IT, Finance, Computers, HR, Sales & Marketing, Logistics, and others, to find about people needing education and up skill themselves to augment their employability in the job market. This is equally important for programme teams responsible for curriculum design and HR personnel in reviewing hiring process or feedback practice. India needs to outsource people or get out sourcing job from the globe.

Less than 10percent of the Indian workforce has had formal skill training. Concentrating on creating a modern infrastructure will not lead to the actual growth but making India, the Skill Capital is the only way out, else we will be witnessing jobless growth for later years.

In this scenario, where the gainful employment comes a hard way, the up skilling of the illiterate population is the only way. With the exiting companies, platform like Youth4work and others which are investing into skill training with the advanced technology short tools & equipment to adapt & react, ready to detect, act and analyze on the changing circumstances and also demanding connectivity among the work group. They have managed to help the potential youth and gave them a platform to prove their competencies and improve them to level up with global standards. All local and global companies can explore this large talent pool and extend their career opportunities. The 700 million users have unique skills and they need to know & showcase their skills to the world.

The responsibility of developing the skill sets shouldn't be confined to a department or a cell. The whole country should be working towards transforming India into the skill capital of the world. The growth and development of people is the highest calling of leadership, and that is how this country will be on the path to literacy and true sovereignty.