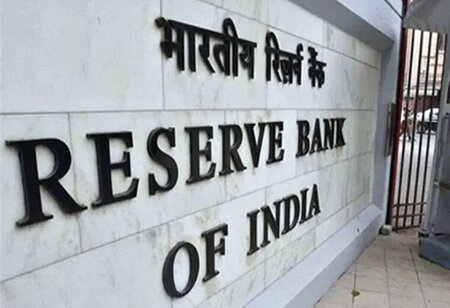 The Monetary Policy Committee (MPC) of Reserve Bank of India has announced an unscheduled hike of 40 and 50 basis points – one basis point is one hundredth of a percentage point – in the policy rate as well as Cash Reserve Ratio (CRR) respectively in a move to contain raging inflation. The hike, the first in 45 months, comes a month before RBI’s next scheduled meeting on June 6, surprised both markets and experts, and will increase most consumer loan rates, including on mortgages.

Announcing MPC’s decision at an unscheduled press conference on May 4, RBI governor Shaktikanta Das justified the action on account of increased risks to inflation compared to the MPC’s April assessment. To be sure, Das reiterated that monetary policy stance continues to be accommodative, which according to experts refers to the fact that real policy rate (after adjusting for inflation) continues to be negative. Still, conventional monetary theory will find it reconcile higher interest rates with an accommodative stance.

While the MPC resolution released on May 4 does not give actual projections for growth or inflation numbers, it has noted “significant upside risks to the inflation trajectory set out in the April statement of the MPC” while saying that “it is prudent to continuously monitor the balance of risks” to growth even though “the Indian economy appears capable of weathering the deterioration in geopolitical conditions”.

The MPC’s decision to increase the policy rate to 4.4% is the first rate hike by the central bank since August 2018 when it was increased from 6.25% to 6.5%. The repo rate (at which RBI lends to banks) saw a sharp reduction after the Covid-19 pandemic hit the world. It was first reduced to 4.4% from 5.15% in March 2020 and then reduced further to 4% in May 2020. In addition to the hike in repo rate, which is also referred to as the policy rate, RBI has also decided to increase the CRR to 4.5%. CRR is the minimum share of deposits which banks have to keep with the RBI and therefore an increase in this ratio has the effect of sucking liquidity from the market. The current hike in CRR is expected to draw around ₹90,000 crore of liquidity from the market.

RBI’s latest unscheduled action comes in the backdrop of a higher than expected inflation number in March and expectations of it increasing further in the month of April. India’s benchmark inflation rate, as measured by the Consumer Price Index (CPI) was 6.95% in March , higher than a Bloomberg poll based forecast of 6.4%. A research note by Pranjul Bhandari, Chief India Economist at HSBC, said that CPI growth in April is expected to be around 7.5%. Bhandari’s note projected a CPI growth of 6.8% in 2022-23, significantly higher than the April MPC forecast of 5.8%. Bhandari’s estimate is also higher than the upper limit of RBI’s tolerance band of 6%.

The fact that the decision was announced hours before the meeting of the US Federal Reserve, which also raised interest rates by a half percentage point, its largest hike since 2000, and shrunk its $9 trillion balance sheet at the same time, also suggests that the MPC wanted to be seen as taking a proactive rather than reactive approach to fighting inflation. “The front-loaded out-of-turn rate hike only strengthened the view that urgency from the MPC end has only increased with inflation uncertainties and with urgent need to do policy catch up”, Madhavi Arora Lead Economist, Emkay Global Financial Services, said in a note.