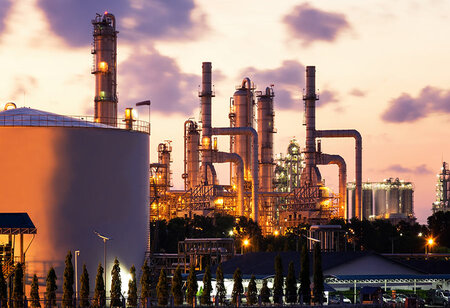 The base effect is aimed at the production of India's eight major industries skyrocketing in April 2021. The output of the Index of Eight Core Industries increased by over 56 percent last month, compared to a (-) 37.9 percent drop in the same month the previous year.

On a chronological basis, the output of eight major industries had risen by 11.4 per cent in March 2021. The pandemic-triggered national lockdown (from late March 2020) during Q1FY21 had a huge impact on the economy, which suffered a GDP contraction of 24.4 per cent. It was only on June 1, 2020 that the partial unlock measures were executed.

Nevertheless, in April 2021, localized lockdowns were again executed following a surge of cases. The ECI index comprises 40.27 percent of the weight of items encompassed in the Index of Industrial Production (IIP). These industries include coal, crude oil, natural gas, refinery products, fertilizers, steel, cement, and electricity.

On a segment specific basis, the output of coal, which has a weight of 10.33 per cent in the index, showed a progress of 9.5 per cent in April 2021 over the same month of the last year. Likewise, the output of refinery products, which has the highest weightage of 28.04, rose by 30.9 per cent, compared to the consistent month of the last financial.

Electricity generation, which has the second highest weightage of 19.85, rose by 38.7 per cent, while the steel production was up 400 per cent previous month.

Though, the extraction of crude oil, which has an 8.98 weightage, deteriorated by (-) 2.1 per cent during the month under consideration, but the sub-index for natural gas output, with a weightage of 6.88, rose by 25 percent.

Cement production, which has a weightage of 5.37, climbed by 548.8 percent in the month under review.

Fertiliser manufacturing, which has the least weightage -- only 2.63 -- inched up by 1.7 percent.

"As expected, the low base of the nationwide lockdown pushed up the core sector expansion to 56 percent in April 2021, a shade lower than our forecast of around 60 percent. The improvement was fairly broad-based, with an expected spike in the growth of cement and steel, although both lagged our projections suggesting some impact of the regional lockdowns on activity," ICRA's Chief Economist Aditi Nayar stated.

"The range of outcomes in April 2021 was huge, with a continued contraction in crude oil reflecting an insulated mining sector during the lockdown, and a massive 549 per cent YoY expansion in cement."

India Ratings & Research's Chief Economist Devendra Kumar Pant said: "Core infrastructure industries data is first set of information of FY22 with regional or localised lockdowns. April 2021 growth is high due to a weak base. However, this data suggests that while all states individually implemented lockdowns, these are not as stringent as nationwide lockdowns of April and May 2020. All sectors except crude oil registered positive growth in April 2021."

"Even IIP growth in April 2021 is likely to be strong due to weak base in April 2020. However, weak demand conditions is unlikely to keep this growth momentum strong in coming months."