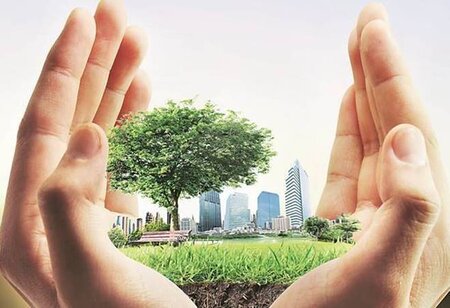 IFC, the largest global development institution, has extended a loan worth $250 million to HDFC under this partnership. At least 25% of the financing has been earmarked for green affordable housing and emerging green affordable housing portfolio by improving access to such housing for people in lower incomes segment. Aligned with the government of India’s goal to provide ‘Housing for All,’ the funding will also help generate jobs.
“At HDFC, we are aligned to the Prime Minister’s vision of Housing for All, especially through promotion of affordable housing. We have simultaneously cultivated a strong emphasis on ESG, enhanced our environment & social due diligence for on-lending and are working towards deepening our footprint in financing more affordable, smart and green homes. This partnership with IFC covering both themes Affordable & Green housing, we hope, will materially further our outreach,” said Renu Sud Karnad, MD, HDFC.

Green housing is largely regarded as a luxury market in the country, but given its climate benefits, IFC intends to challenge that perception and help boost green affordable housing by partnering with HDFC, with its deep penetration in the Indian housing market and significant commitment to promoting green, eco-friendly and energy efficient housing.
It’s estimated that 275 million people or 22% of India’s population do not have access to adequate housing, spurred by rapid urbanization and the lack of affordable housing finance. Recent estimates suggest the urban housing shortage was 29 million units in 2018, increasing by over 54% since 2012. The rural housing shortage is estimated to be twice that of urban areas.

Green affordable housing can help India on its path to deliver on its commitments under the Paris Agreement, to reduce a third of its carbon emissions by 2030 from 2005 levels. Green and energy efficient housing can help cut emissions, as residential housing accounts for about 24 percent of the nation’s electricity consumption.

“This partnership with HDFC offers multiple benefits for India, as it can play a leading role in developing the country’s nascent green affordable housing market, while delivering jobs and a climate dividend,” said Hector Gomez Ang, Regional Director for South Asia at IFC. “With most banks and housing finance companies in India still at the stage of evolving their business models to lend to lower income people, this investment should send a clear demonstration that green affordable housing is viable and needed, especially as India moves on the road to recovery from the impacts of Covid19.”

IFC estimates there’s a $1.25 trillion investment opportunity in green residential housing in India to the year 2030. To help grow the market, IFC has made investments worth over $920 million in housing finance companies in India—85% of this in the last five years--for on-lending to retail buyers of affordable housing and developers of affordable and green housing.