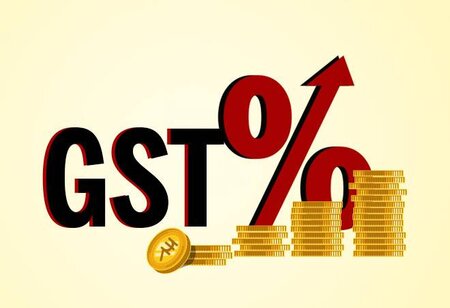 The total number of GSTR-3B Returns filed for the month of December up to 31 January 2021 is 90 lakhs. The government has settled ₹ 24,531 crore to CGST and ₹ 19,371 crore to SGST from IGST as regular settlement. The total revenue earned by Central Government and the State Governments after regular settlement in the month of January 2021 is ₹ 46,454 crore for CGST and ₹ 48,385 crore for the SGST.

The GST revenues during January 2021 are the highest since introduction of GST and has almost touched the ₹ 1.2 lakh crore mark, exceeding the last month’s record collection of ₹1.15 lakh crore.

The government in a statement said,"GST revenues above ₹ 1 lakh crore for a stretch of last four months and a steep increasing trend over this period are clear indicators of rapid economic recovery post pandemic."

"Closer monitoring against fake-billing,deep data analytics using data from multiple sources including GST, Income-tax and Customs IT systems and effective tax administration have also contributed to the steady increase in tax revenue over last few months," the Finance Ministry said in a statement

The average YoY growth in GST revenue over the first four months in the second half of the financial year has been 8percent as compared to (-) 24percent during the first half of the year.